Acne Studios’ Paris Flagship is an Ode to a Swedish Skatepark 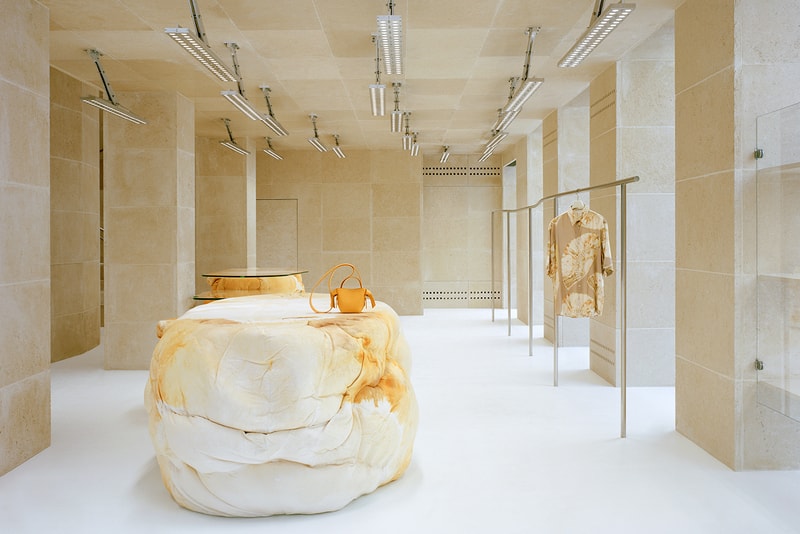 The concept for the new store, located on one of Paris’s most storied streets, came from the brand's creative director Jonny Johansson. Having spent time at a skatepark in Stockholm, he became intrigued by the "poetic" nature of its location and aimed to evoke a similar feeling throughout the flagship's interior.

"Lately, I’ve been hanging out at the Rålis skate park in Stockholm, which was built under a
bridge to prevent the concrete skate bowls from getting wet and slippery. I find it a poetic spot,
and it reminds me a little of Paris because there are so many bridges in the city.

I wanted the store to feel like you were sitting under a bridge. I like the idea of a secret society, a sub-culture, existing under the arches – and I thought it was a good way to think of Acne Studios as a brand on the big fashion street."

With this in mind, the Arquitectura-G team got to work. They used the golden-toned Saint-Maximin stone – a material synonymous with Paris and its architecture – throughout its interior and across its exterior facade. Inside, it is used to clad the walls, cover the floors, and upon the building's columns.

It's a busy week for Acne Studios. The brand is set to present its SS23 collection at Paris Fashion Week tomorrow, with shows by the likes of Louis Vuitton, Walter Van Beirendonck, and Givenchy having already taken place.