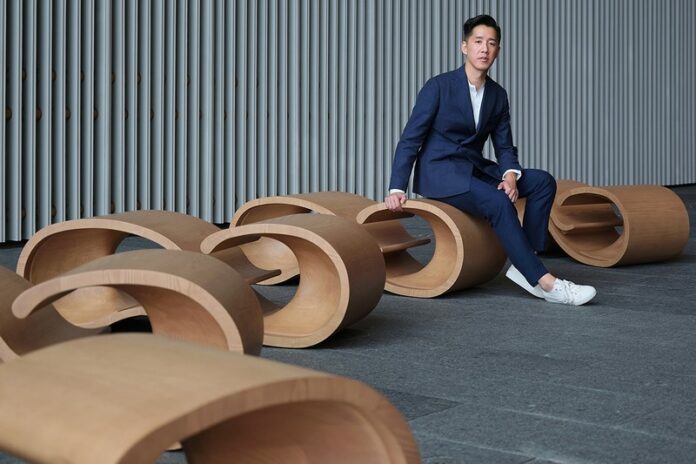 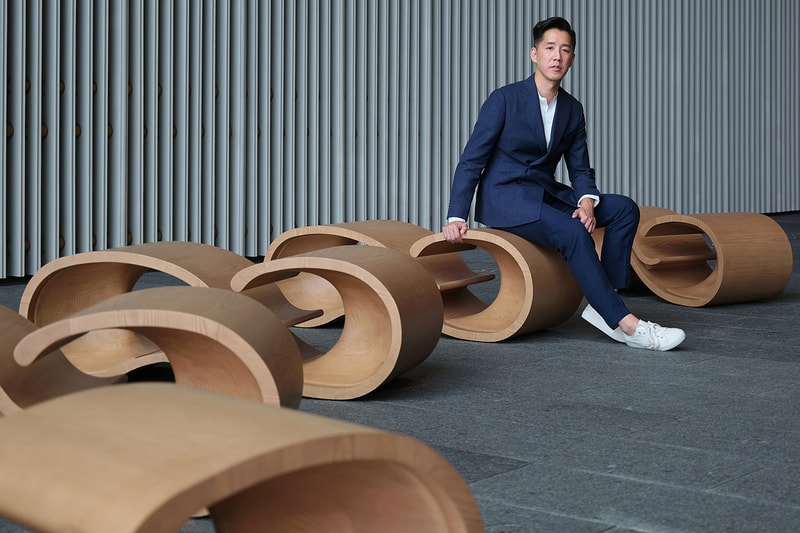 Architect and Designer André Fu has revealed three commissions for the Hong Kong Palace Museum which opened earlier this month.

Fu was tasked with creating three site specific commissions within the museum; a tapestry for the auditorium entrance; a floor rug for the VIP room and an installation of modular seating for the public atrium spaces.

The designs convey Fu’s “desire to create a cross-cultural dialogue initiated by the museum, articulating the historical and artistic exchanges that comprise the institution.” Fu first visited the museum site in 2021 and “was struck by the punctuation of light that perforated through the vast cascading ceiling installation into the main atrium,” which he viewed as a modern interpretation of traditional roofing tiles and and then set about researching “cultural phenomena” that conveyed a similar “sense of harmonious rhythm.”

“Creating these pieces for the museum was a unique opportunity to incorporate the various contextual facets of heritage, culture, and conversation at play,” says Fu. “By invoking a sense of movement in each work, I wanted to reflect the exchange of ideas that takes place in a cultural institution of this calibre while simultaneously honouring designs of the past. Each piece tells a narrative of history and technique by blending the customary with the contemporary, creating a visual representation of the evolution of Chinese craft.”

For the seating installation entitled “Eternal Links”, Fu used Chinese oak to evoke the silhouette of the traditional Chinese roof tile “and their ability to interlock and interlink” to created 30 benches. “From a functional perspective, the benches have the ability to foster a space for communal exchange and conversation, which is something I also wanted to represent abstractly through the overlapping and curvilinear shape,” adds Fu. “The form of the benches allows them to immerse with the architectural elements of the building, creating a holistic and harmonious environment conducive to discussion.”

Meanwhile the tapestry and rug - entitled “The Convergence” and made by Hong Kong’s own Taiping Carpets - serves “as a metaphor for the interwoven cultural heritage behind the museum’s vision” with loops high and low and cut piles of different lengths in deep purple for the tapestry and 12 shades of yellow and mustard for the rug.