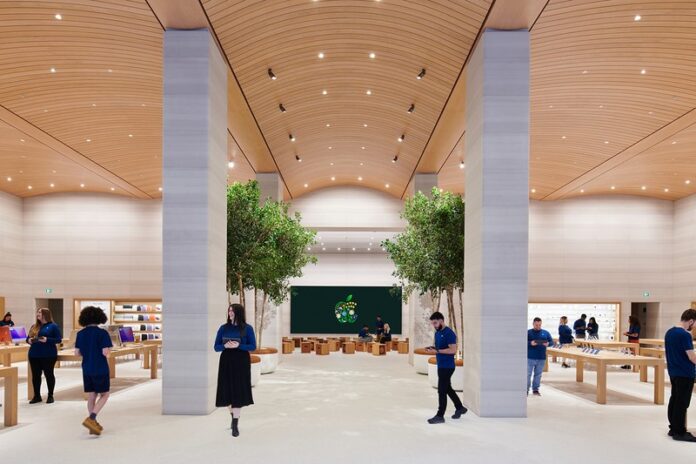 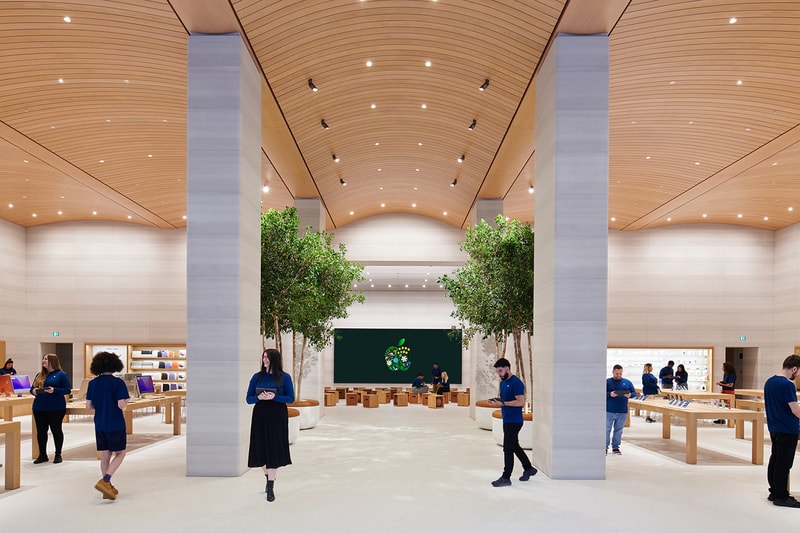 Apple has unveiled its latest London store, which has been created alongside longstanding architectural collaborators Foster + Partners and sees the building's history providing a central concept to its new design.

Apple Brompton Road is located inside what was once an arcade building in Knightsbridge. These spaces are often thought of as the precursors to the present-day indoor shopping malls, and typically featured a lofty curving roof, which would cover an avenue that separated two rows of shops. When designing the space, inspired by the store's location, the London-based practice aimed to mirror the dimensions of the original Brompton Arcade from 1903.

While its history provided direction for the structural design cues, the features throughout the store bring it right up to the present day. Sustainability is a key factor for all of Apple's stores, and as with the rest of its portfolio, Brompton Road is powered by 100 percent renewable energy. The consistent Apple store design language is seen through in the 12 towering Sicilian ficus trees lining the entryway, which each have a circular bench snaked around their base.

Looking up, the curving timber roof brings a sense of warmth to the store, while looking down, the floor has been crafted from a plant-based bio-resin – marking a first for the team in terms of the introduction of a new material.

On the occasion of the opening, Deirdre O’Brien, Apple’s senior vice president of Retail + People, said:

"We are thrilled to open Apple Brompton Road in London, a city teeming with energy, history, and cultural diversity."

"The store’s focus on creativity gives our incredible team members the perfect space to share their passion and expertise with Londoners and visitors from around the world."

Apple Brompton Road opens July 28, at 16:00 BST. Elsewhere in London, designers are showcasing their colorful credentials in a new exhibition in Peckham.