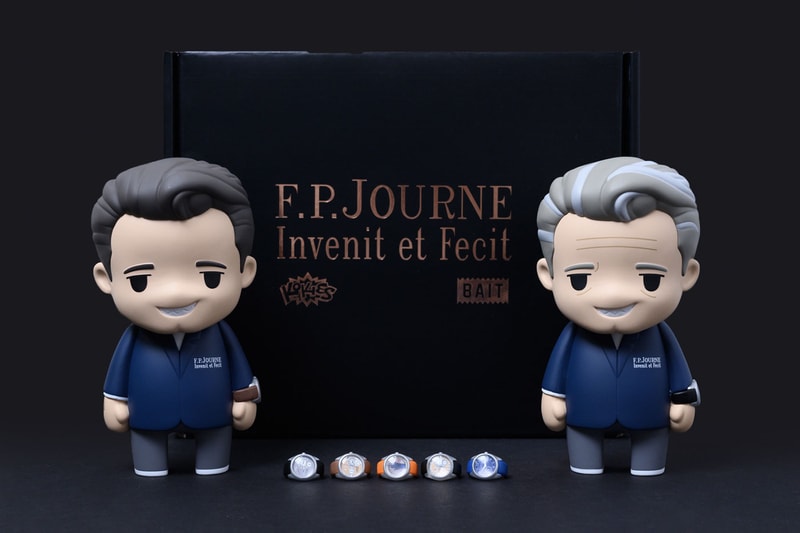 Following the joint release of a special Year of the Tiger Apparel Capsule earlier this year, BAIT and F.P. Journe collaborate once again to deliver a second KOKIES vinyl toy collection featuring the watchmaker François-Paul Journe, and bite-sized replicas of some of the most iconic pieces from the luxury watch manufacturer.

Similar to the original KOKIES collection, the upcoming set arrives with two figures dressed in F.P. Journe blazers — a young François-Paul Journe vinyl model and a figure depicting the independent watchmaker today. Seven mini replicas of F.P. Journe watches, including the Francis Ford Coppola x F.P. Journe Only Watch "FFC Blue" Prototype, the popular Chronometre Bleu, and a complete set of five F.P. Journe "Souscription" watches are also included and can be worn by the characters interchangeably. The full two-figure set comes in a gloss-black box with gold foil co-branding.

Kokies' F.P. Journe 2 Figure Set is limited to 300 pieces and is now available at BAIT's website and stores for $500 USD.

In other news, IWC introduces the Pilot’s Watch Chronograph 41 in bronze.