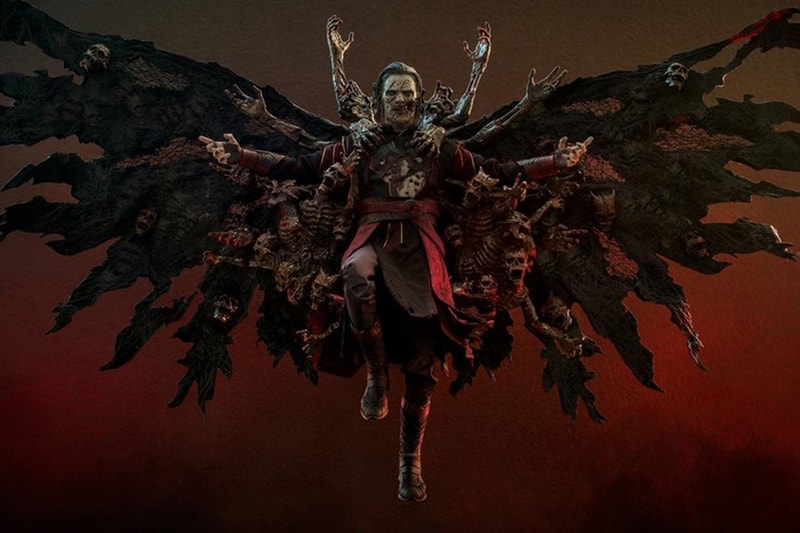 After revealing its 1/6th take on the 'standard' Doctor Strange from Multiverse of Madness, Hot Toys has now followed up with a figure of his Dead Strange variant in the same scale. Similar to his living iteration, the new zombified Sorceror Supreme stands roughly 12 inches tall and boasts more than 30 points of articulation for you to pose him in all his screen-accurate ways.

A newly-designed head sculpt creates a highly realistic resemblance to Benedict Cumberbatch in all his undead glory, while the rest of the figure's body keeps things consistent with rotting flesh and exposed bones through his torn and ragged outfit. As usual, you'll also have numerous pairs of hands and gestures to play around with, as well as a massive Souls of the Damned piece with fully articulated arms to re-create Dead Strange's mystical powers while held up by a special figure stand with the film's logo emblazoned on it.

For fans of the film, Hot Toys' 1/6th Dead Strange figure is now available for pre-order over on Sideshow Collectibles for $385 USD.