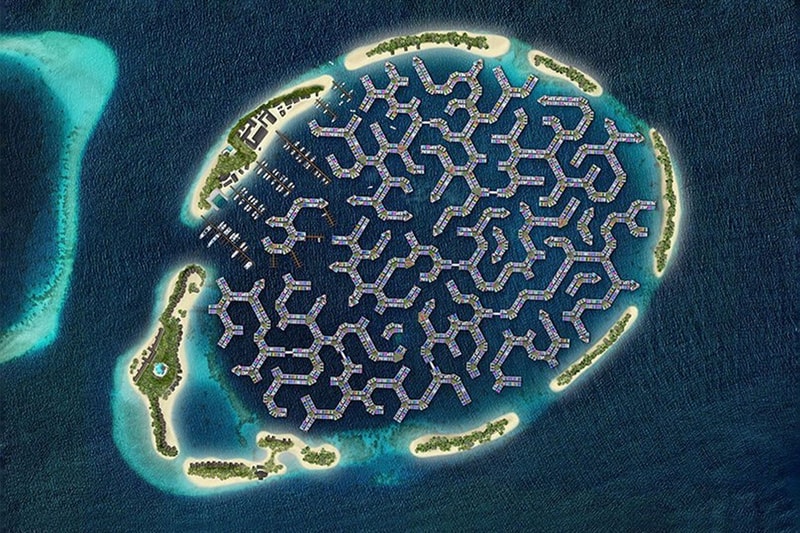 Following news of Bjarke Ingels Group's floating city off the coast of Busan, architecture firm Waterstudio and Dutch Docklands has released early renders of another floating waterfront community currently being developed near the Maldivian capital of Malé. The Maldives Floating City (MFC) is currently being constructed in collaboration with the Maldives Government in response to the region's susceptibility to rising sea levels. According to reports conducted by NASA, nearly 80 percent of the Maldives could become submerged and uninhabitable by 2050.

MFC will consist of 5,000 modular units which are pieced together in a 200-hectare lagoon with canals running between the structures. Inspired by the efficient patterns of brain coral, the floating buildings will include residences, hotels restaurants, schools, boutiques, and a marina. As part of its commitment to sustainability and embracing the Maldivian lifestyle, only allow bicycles and noise-free scooters are allowed on the island. Coral banks will also be installed under the island which will double as natural wave breakers

Residents are expected to begin moving onto the Maldives Floating City in early 2024 with a completion date set for 2027. Additional details can be found here.

Elsewhere in design, Acne Studios' Paris flagship is an ode to a Swedish skatepark.