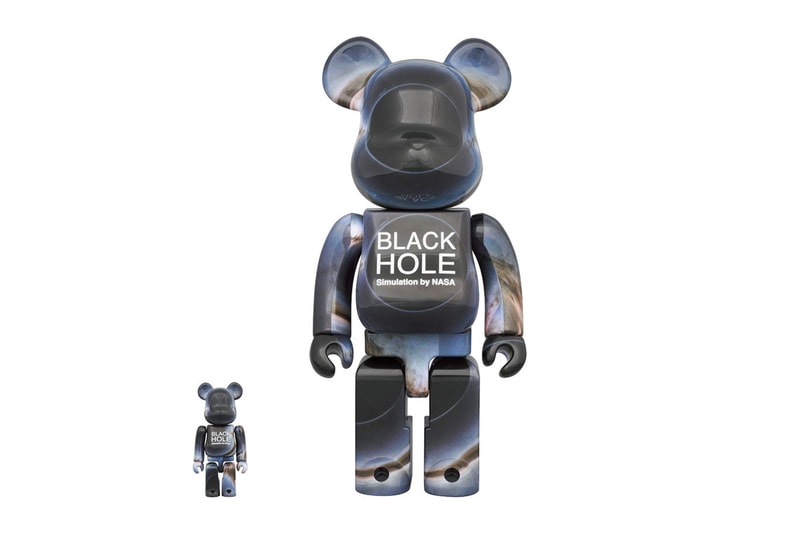 Shortly after revealing a collaboration with ACRONYM, Medicom Toy now offers a look at another limited-edition BE@RBRICK set made in conjunction with NASA. The upcoming BE@RBRICK "BLACK HOLE" figures depict several black hole renderings surrounded by images of distorted celestial bodies that form a marble-like finish. "Simulation by NASA" lies underneath the title text on the chest, while inscriptions on the back reference the imagery used for the project.

The Gaia spacecraft mentioned within the brackets is a mission launched by the European Space Agency in 2013 with the goal of creating the most extensive and precise 3-D  map of the Milky Way by surveying 1 percent of the galaxy's stars. The information gathered is processed and studied at NASA's Goddard Space Flight Center, a major space research laboratory northeaster of Washington, D.C.