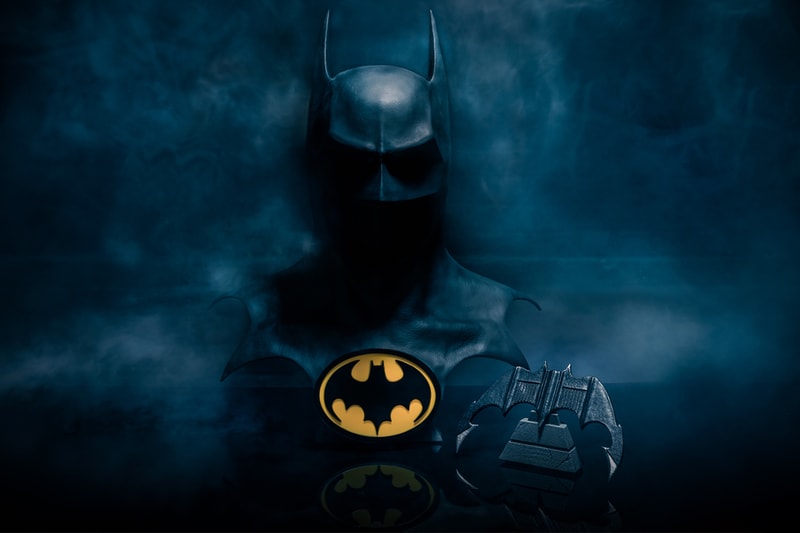 Continuing to produce premium collectibles for pop-culture enthusiasts, PureArts has now joined Warner Bros. and DC Comics to craft a highly accurate 1:1 scale replica of Batman's cowl from the 1989 film featuring Michael Keaton as the titular superhero. A Standard Edition will feature the cowl replica, which was created using 3D scans of the actual prop used in the iconic film, making it one of the most screen-accurate Batman cowl replicas ever produced.

A poly-hybrid mixed media material is used for its construction to keep it feeling as realistic as possible, while a magnetically detachable Batman emblem gives you more flexibility when you're displaying the set with its Gotham City base. For those looking for something more, there'll also be an Exclusive Edition that includes a 1:1 Batarang.

Limited to just 800 made for the Exclusive Edition and 1989 made for the Standard Edition, PureArts' new 1:1 Batman cowl replica will be available for orders today over on the company's website.

Elsewhere in collectibles, LEGO has now re-created the fight scene between Darth Vader and his former Jedi Master in Obi-Wan Kenobi.