“Sardine Sardine” is an Installation Inspired by Mediterranean Wild Camping 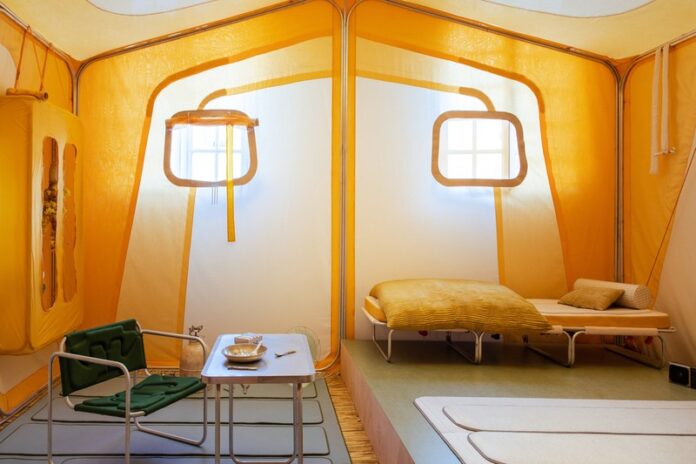 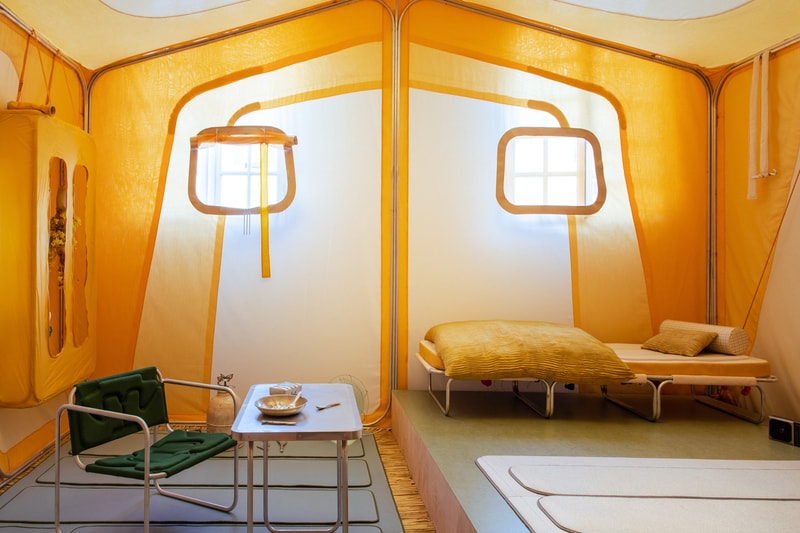 Designer Madeleine Oltra and architect Angelo de Taisne looked to the summers of the 1970s for their new collaborative project "Sardine Sardine". Paying homage to campers setting up tents in the South of France at the time, both the installation and the pieces inside take their visual cues from the equipment commonly associated with backpacking trips.

Conceptually, the duo was also influenced by this way of travelling, as both have been backpacking and camping regularly since being teenagers. "The constraints linked to camping, such as transport and lightness, are a great source of inspiration for this project, as they lead to inventions that take everyday objects out of their initial formats," the designers say.

Elsewhere, the stories of Jo and Roger Tourte in the 1947 book "À pied autour du monde: trois ans de camping" provided a conceptual springboard. "Sardine Sardine tells the story of two campers who have amassed in this large, warm tent, all sorts of objects that have lived through several trips before them, and others that they have imagined for their pleasure and comfort," they add.

Inside the orange canopy, objects are laid out as if they have been left by previous visitors. The archetypal forms are juxtaposed with luxurious materials and handcrafted details. For example, a single bed features a hand-dyed silk duvet with a texture intended to replicate that of a sleeping bag, its shiny, crinkled material echoing that of the familiar sleeping bag. Collaboration has been at the heart of the project, and the pair worked alongside a nautical saddler to make the tent canvas; metalworkers for the tent structure and furniture; carpenters for the wooden platforms inside the tent; upholsters for textile elements; and glassblowers for the portable lamps.

The installation was recently announced as the Grand Prize winner of Design Parade Toulon festival in France, and is on view there until October 30th, 2022.

In other design news, we spoke to the founders of Vaspaar gallery about their mission to modernise collecting.