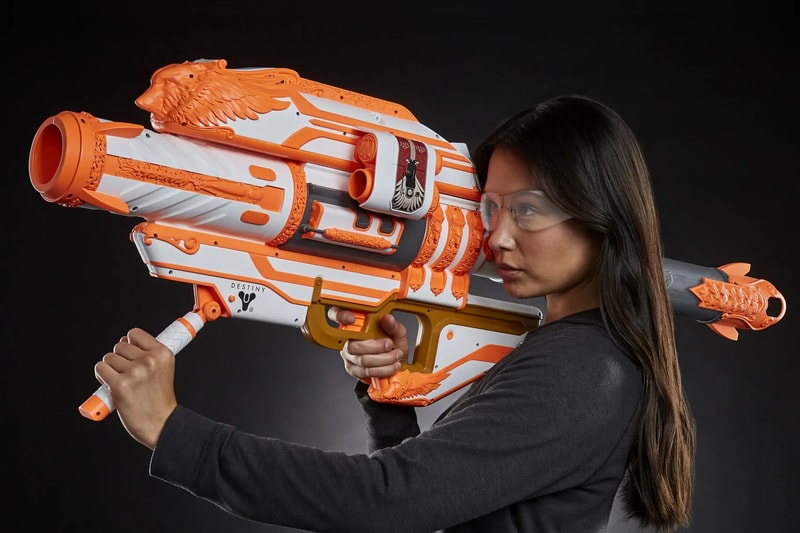 NERF and Bungie's full-scale Gjallarhorn blaster is set to accept online pre-orders on July 7. A project that was discussed as early as December 2021, as part of Bungie's 30th Anniversary Content Pack, the Gjallarhorn blaster replicates the rocket launcher from the video game where it measures over four feet in length.

Priced at $185 USD, early access will be given to those that have already acquired the Gjallarhorn rocket launcher in the Destiny 2: Bungie 30th Anniversary Pack with standard orders going to the public after the July 7 - 21 window. For those interested in learning how this project came together, a full interview can be found on Bungie's website.