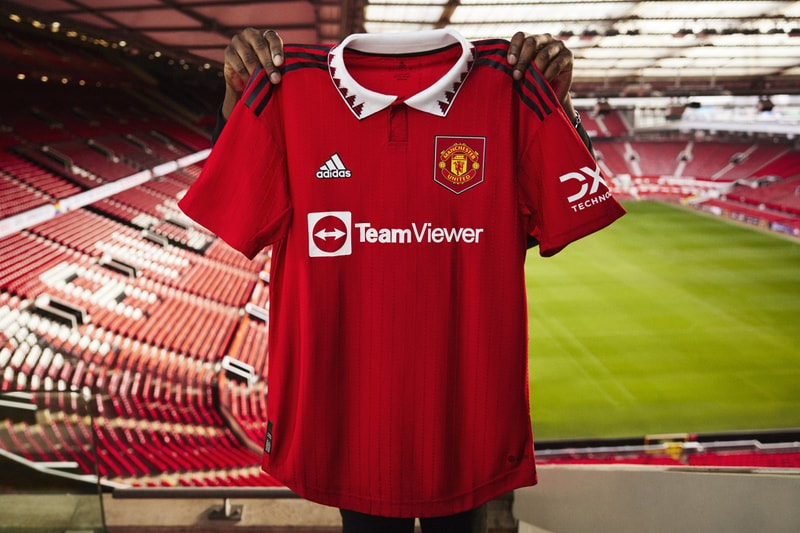 The white collar contrasts against the classic red of the shirt, as well as featuring a red geometric pattern that references previous kits. The design of the shirt is finished with a subtle tonal pinstripe pattern, as well as black detailing including the adidas Three Stripes.

"The polo collar is synonymous with Manchester United. Turned up or folded down, it has played a starring role in many of the club’s biggest moments. With such a rich history, we wanted to pay homage to some of the club’s most legendary kits and players, whilst capturing the essence of home brought into the present day with a new perspective on the strong visual identity and patterns that run through the DNA of the club"

For more from adidas, take an up-close look at its recently-revealed EQT CSG 91 silhouette.