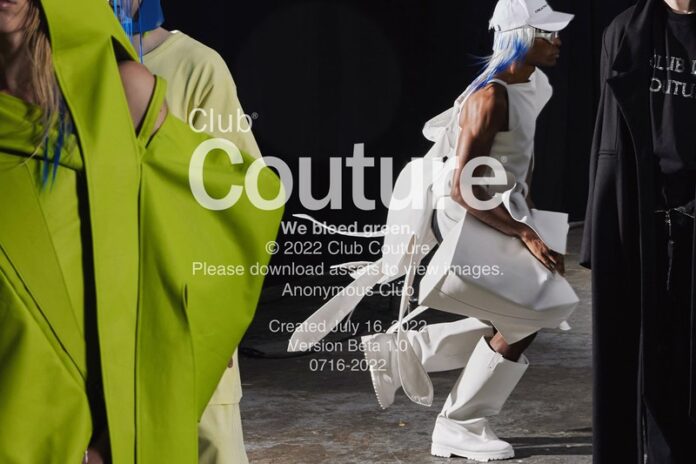 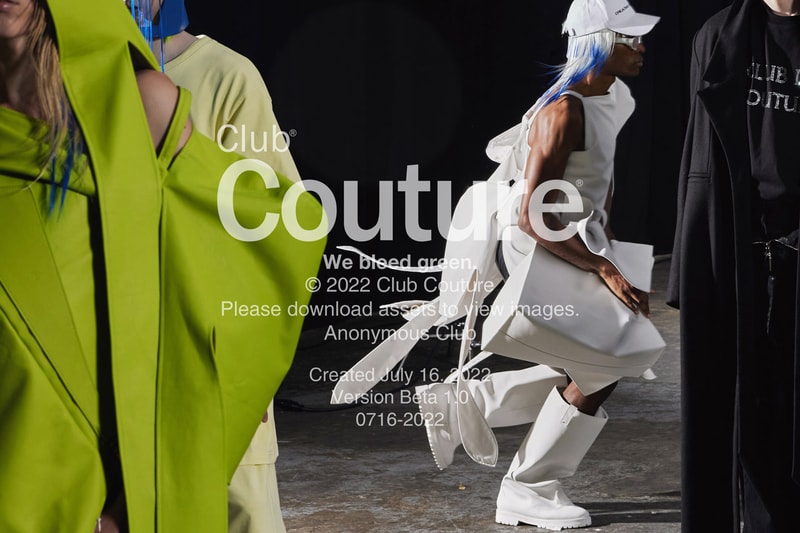 The line, dubbed "COLLECTION 01 - WE BLEED GREEN," puts a freak-ish spin on the classic club kid wardrobe, altering typical top silhouettes with shoulders blown up to grotesque proportions and incorporating campy notes of athleticism via decaying white stripes on track jackets. Swarovski crystals spell out "CLUB COUTURE" on T-shirts in audacious tones, reflecting a modified iteration of the "daytime bimbo uniform," according to the techno-futurist studio; and leather dunce hats are cleansed of their disciplinary connotations, instead extending a utopian invitation for play to their wearers.

With transformation in the vanguard, the range includes a tracksuit jacket with sleeves that double as backpack straps and a lanyard zip wallet that enters incognito mode as a suit lapel. In footwear, the Shaft Boot makes a knee-high statement with a soft nubuck leather upper and a kitten-heel trainer.

Above, indulge in Anonymous Club's "COLLECTION 01 - WE BLEED GREEN."