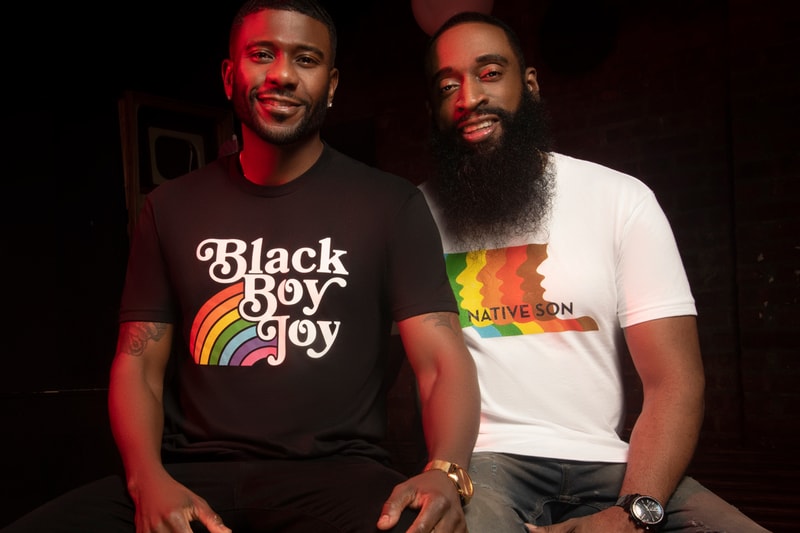 As Pride Month gets underway, the question of visibility and inclusion generally resurfaces as marginalized communities often go unnoticed amid the global LGBTQIA+ celebrations. This year, luxury retailer Bloomingdale’s is shifting that narrative by partnering with media mogul Emil Wilbekin and his Native Son foundation on a capsule collection of self-affirming T-shirts.

The collection – co-designed by Kid Dangerous – encompasses a limited-edition range of slogan tees that feature phrases such as “Black Boy Joy,” “People Be Gay,” and “Queer.” Colorways include black tees and white tees, with phrases appearing in multi-colored graphic decals.

Wilbekin’s lens of Black-and-queer identity and affirmation has resonated with local and national communities and led him to create the Native Son foundation as a movement for Black gay men to see themselves in a more positive light. With its mission statement and organizational goals aligning with Bloomingdale’s, a capsule collection was born to help solidify inclusivity.

And expanding on its joint vision for diversity, the collection campaign features several Black entrepreneurs that own queer-affirming entertainment venues in New York, including Bryan Clarke and Troy Berry (owners of 4 West Lounge in Harlem), Richard and Charles Solomon (owners of Lambda Lounge in Harlem), and Leon Curry (Co-Owner of Next Harlem), each photographed by Ricky Day.

Speaking on the importance of the partnership, Bloomingdale’s Vice President of Integrated Marketing and Fashion Direction, Kevin Harter, says: “Bloomingdale’s is proud to partner with Native Son to support the organization’s mission of championing the Black gay and queer community, and are thrilled to celebrate this inspiring and empowering collection with a special event at the 59th Street flagship in honor of Pride Month.”

In support of Harter’s gesture, Wilbekin added: “Native Son is so excited to partner with Bloomingdale's on our limited edition PRIDE T-Shirts for the third year. Our community of Black gay and queer men love the Bloomingdale's collaboration because it makes them feel seen, heard, and respected. Bloomingdale's has been inspirational in helping Native Son build our community nationally through connecting us through fashion.”