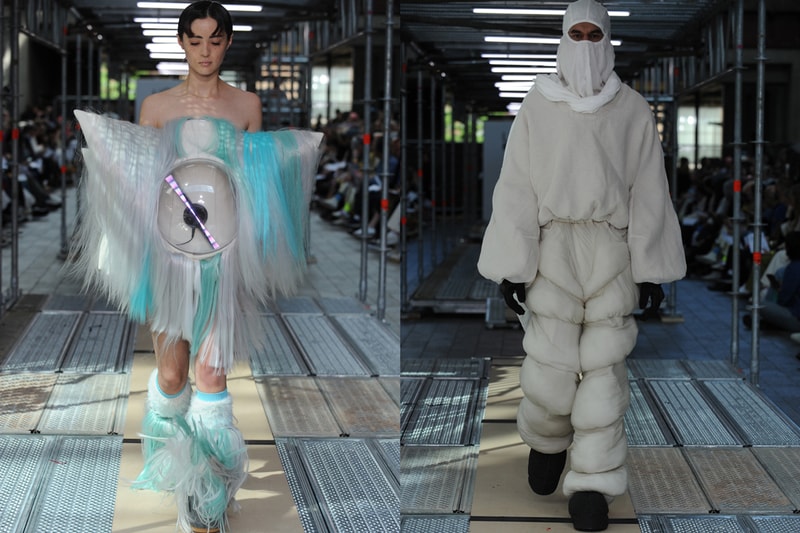 With Madonna, FKA Twigs, and London's most discerning fashionistas in the crowd, the Central Saint Martins BA Fashion 2022 graduates (BAFCSM) had only one chance to pull off their formative runway show, one that would set each emerging designer for the years to come. But without a doubt, the BAFCSM graduates pulled off a spectacle of drama and theatricals, infiltrated by avant-garde and new-wave designs that show the limitless abilities of these emerging talents, many of which offered looks that went above and beyond the typical tropes of already-exceptional fashion shows.

In a showcase like no other, a panel consisting of Imran Amed, CEO and Editor-in-Chief of The Business of Fashion, Kiko Kostadinov, Deanna Fanning, Sarah Gresty, Course Leader BA Fashion Central Saint Martins, and Catherine McMahon of L'Oréal Professionnel, made up the L'Oreal Professional Young Talent Award 2022 judges. They were eagle-eyed, keenly looking for the greatest shining star from Central Saint Martins' budding roster of new names.

Alice Morell-Evans won the show with their self-confessed "knits and other bits," but the runway was far more than this. For example, a crochet ankle-length skirt was intersected with the Wild, Wild West of belts and a completing application of leather stripes that are sectioned throughout the aforementioned skirt and brought together with corsetry-like stitching. Another piece is constructed entirely from crochet, combining an indie sleaze-esque boddess with cowboy motifs for the necklace before it all turns into an off-kilter hooped dress, it lined with linen fabrics not too dissimilar to a doily.

Elsewhere, Emil Dernbach's block-colored and full metal modernist takes on fashion placed them as first runner up, while Diana Sträng came as the second runner up. Beyond this, we find Inga Praskeviciute's Iris van Herpen-meets-ethereal sea creature couture, sensual tailoring from the menswear designer Vini Chenoweth-Bell, whose work wouldn't look amiss on a CELINE runway thank to the sharp-pointed collars, black-and-white palette, and the gorgeous billowing striped trousers.

The Central Saint Martins BA Fashion 2022 graduates' collections can be seen in the gallery above. Take a closer look.

In case you missed it, HYPEBEAST recently assessed the current climate, and potential peak, of sportswear x luxury collaborations.