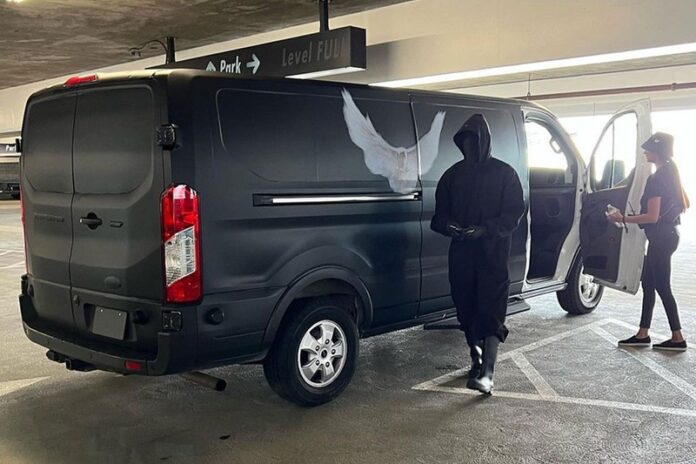 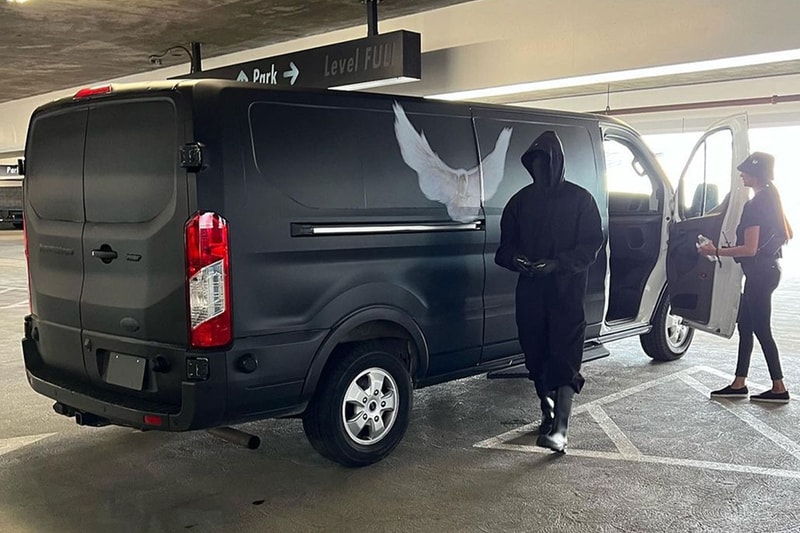 As the YEEZY GAP ENGINEERED BY BALENCIAGA collection became available at select GAP stores, YEEZY GAP announced a surprise drop over the weekend at specified locations in Miami, Chicago, and Los Angeles. The addresses led to parking lots in the city where prospective buyers were greeted by hooded and masked figures dressed in black YEEZY GAP hoodies and high-cut laceless boots.

Black carrier vans with dove graphics were pictured driving through the city, unloading piles of clothing into commercial-sized fabric bags and dumpsters for guests to parse through. Tees, hoodies, and other accessories were reportedly available in the five different dark blue, gray-tint, and black color options. With dark-clad staff videotaped marching around the merchandise before the sale, the experience felt performative, echoing the aesthetic of some of Kanye West's latest Sunday Service sessions.

Take a look a closer look at the action below, and those who missed out can still find the YEEZY GAP collection on the official website, Balenciaga and select GAP stores.

Elsewhere in fashion, Sulvam and Danner deliver a joint "Danner-S" project for FW22.