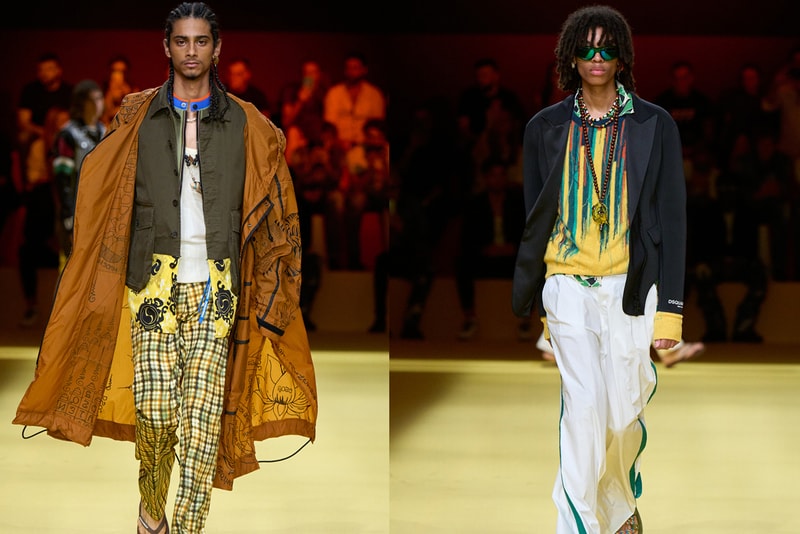 For Spring/Summer 2023, Canadian design duo Dean and Dan Caten – of Dsquared2 – presented a melange of Italian luxury and bohemian chic on the runway, and managed to pay tribute to the legendary Bob Marley in the process.

Channeling Marley’s elegant Rastafarian style, the designers paired skinny flare-legged trousers with plush half-buttoned tops and leather ringgit sandals, as a tribute to the icon. As an "homage to the Bob Marley Foundation," the late icon's image appears on graphic print tees, along with Marley renderings printed on bags and patches for outerwear.

Speaking to HYPEBEAST after the show, the Caten brothers said: “Bob Marley was so amazing and held so much power and made such a difference, with really good energy. He was really stylish and he gave it – and we wanted to present that.”

“We mixed the Marley inspiration with surfer and biker vibes in a sort of mash-up and topped it all off with Grace Jones for the show’s soundtrack. We grew up listening to Grace Jones and she was a disco queen – another fabulous Jamaican whose voice was her power.”

In other news, Givenchy revealed a new “Monumental” and “Graffiti” style for its Marshmallow footwear line.