Everything Dropping at Palace This Week 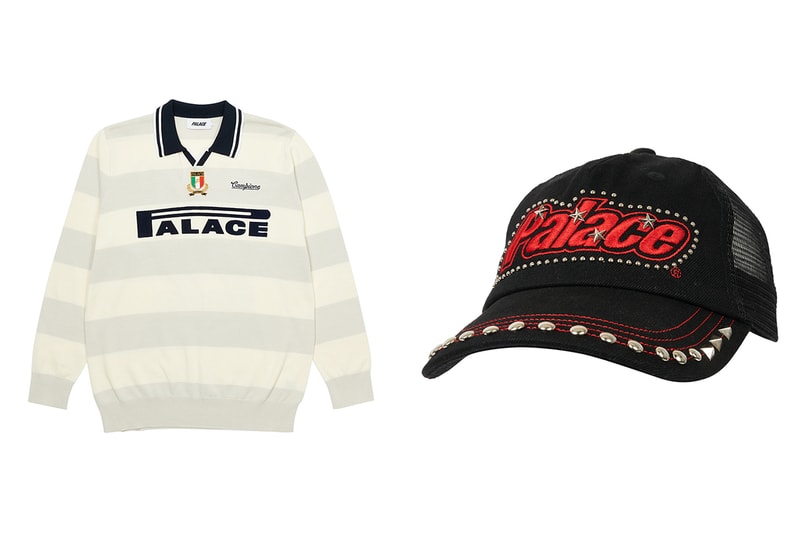 Palace is already nine weeks into its Summer 2022 seasonal release schedule, and now it follows up on last week's comprehensive selection of warm weather garments and goods with a short and sweet array of pieces.

Leading the pack this week is the Palace rugby shirt which draws from Italian team references. "PALAZZO" and the number "22" grace the rear of the top, while on the front you'll find sponsor-esque Palace branding alongside a custom crest badge and the word "Campione," with its embroidered finish sitting within bold stripes in either off white and gray or black and blue.

Elsewhere, a floral camp collar shirt in navy, white, or yellow promises a sunny summer ahead, as flowers cascade down the shirt's panels either side of the placket and along the tops of the arms, spreading out from the shoulders. This piece can be mixed or matched with the complementing shorts, or worn alongside Palace's staple cotton shorts that bear the brand's moniker in its traditional tricolor fashion towards the leg seam.

A metal stud cap and the mesh flower bucket hat round out Week Nine's drop. For the former, Palace embroiders its name into the sturdy canvas before bedazzling it in metal studs and adding metal stars through the wording and decking the brim out more metal studs. A mesh backing rounds off this pair, while the latter hat in the collection is made entirely from the breathabale material, it complementing the aforementioned shirt and short co-ord with its floral banner running around the perimeter.