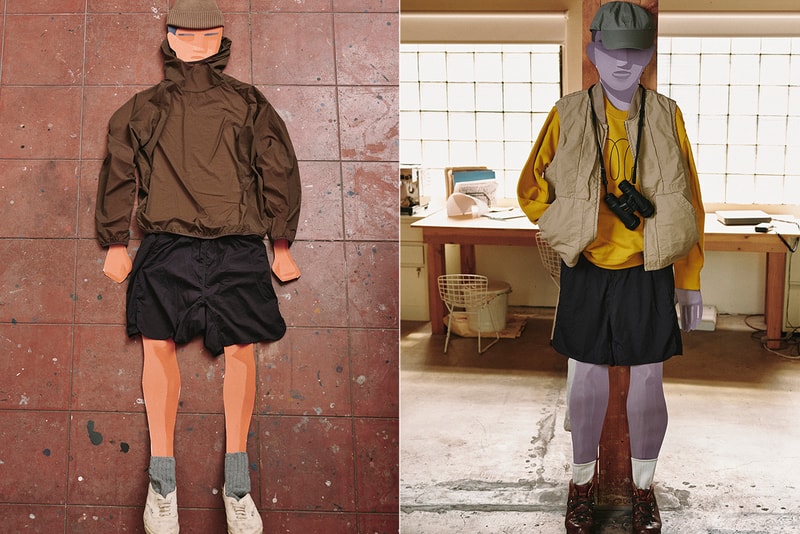 Norse Projects and Geoff McFetridge have presented their second collaboration, following up last year's debut release. The new collection is inspired by the great outdoors, with a selection of gear that is appropriate for a trip into nature, while also looking at elements that shape the way we perceive the outdoors.

The collection itself is split into two parts. The first element is coined "McTechridge" and focuses on technical stretch nylon styles, while the second capsule is inspired by the vintage pieces that make up McFetridge's personal wardrobe. This uses hardwearing twill and CashPad, an alternative to synthetic insulations that is crafted from recycled cashmere and wool jumpers.

"The collection contains many pieces that are influenced by years of being outside in varied conditions. Everything can be used in a multiple of ways and all the pieces work together if layered and combined, in and out of the mountains.”

“The collaboration culminated in a river trip. We used the clothes (they worked amazing) on a multi-day float down the Flathead River in Montana. Tucker and Ely Phillips filmed and took photos as we fished, drew and paddled from the Canadian border south to Whitefish. Similar to the bike packing trip we took as a part of my first collection this trip was about seeing how far out into the world a project could take us. Just as my studio benefits from a broad range of influences, I believe my collaborations with Norse Projects also benefit from this varied mix of art, adventure and design."

In other fashion news, Universal Works recently released a new capsule alongside tokyobike.