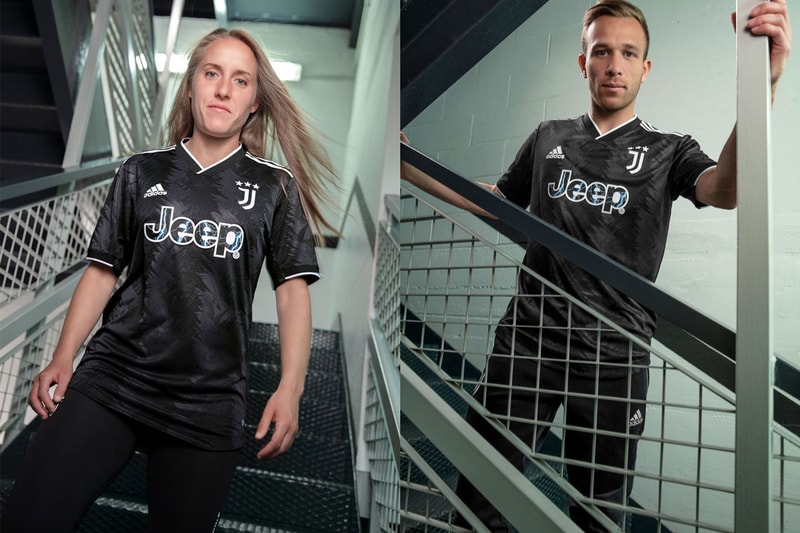 adidas has unveiled Juventus' away jersey that they will wear for the 2022/23 Serie A season. Following the release of the club's home kit in May -- which features a reworked version of the iconic black and white stripes -- the Italian side will be sporting an all-black jersey away from home this campaign.

Juventus' new strip is designed to capture the energy that comes from the crowd during night matches and features cues that reference the club's DNA. For example, the introduction of woven-in stars act as a symbol of magic that represent the rich history of the club. White accents have been added to the collar and sleeves, while the customary Three Stripe details and club logos are embroidered into the shoulders and across the front chest. The technical details -- made from 100% recycled materials -- include adidas' new HEAT.RDY -- KEEP COOL technology which is designed to maintain body temperature while also distributing sweat to keep players dry on the pitch.

Fans will be able to see the new Juventus away jersey for the first time in real life on July 22 as the Italian giants continue their pre-season tour. The kit is also available now on the official Juventus webstore and the official adidas website.

In other news, take a look at the new Manchester City away jersey for the 2022/23 Premier League season.