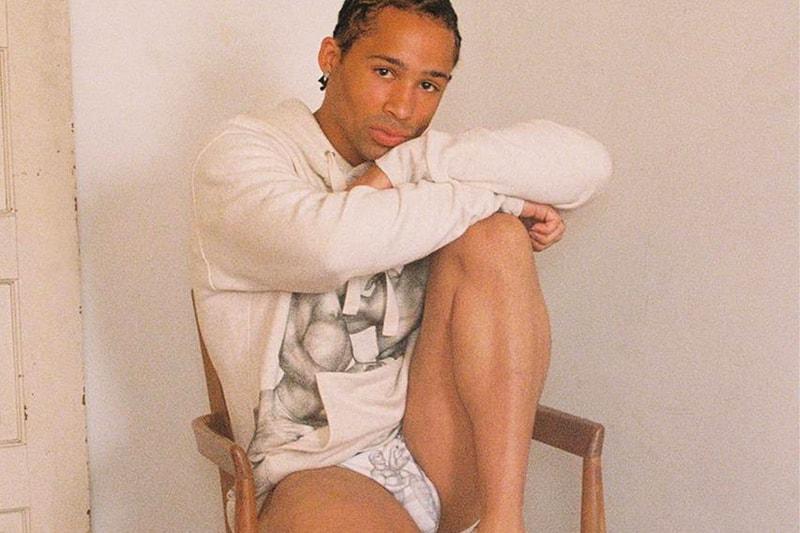 Artist Tom of Finland, who was a major influence in the late 20th-century gay culture was known for his highly masculinized homoerotic art. Since his early works, he has been called one of the most influential creators, with over 3,500 illustrations that depict masculine motifs such as bikers, police officers and cowboys against their stereotypical image.

In the third collaboration with JW Anderson the collection features tight silhouettes of sleeveless t-shirts and hoodies. Sketches from the Finnish artist are the main highlights of the collection, depicting a shirtless men in jeans leaning over a fence and two men with overexaggerated depictions of genitals in one. The sketches are also printed on other leather accessories including a passport cover, phone pouches, waist bags and totes. A jockstrap featuring the sketch is also a noteworthy highlight of the collection.

Those interested can check out the third collaboration between JW Anderson x Tom of Finland online.

Elsewhere in fashion, Diesel's Spring 2023 show will be open to the public.