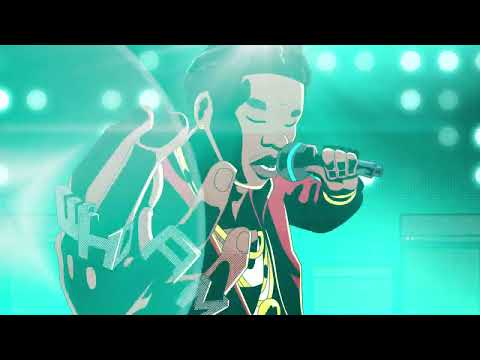 2022 has proven to be a track-record year for Lil Baby. The superstar rapper was recently certified Diamond for his “Drip Too Hard” single with Gunna; he’s set to appear on the FIFA World Cup soundtrack with a Tears For Fears remix of "Everybody Wants To Rule The World," and he just won the coveted Quincy Jones Humanitarian Award, at the Black Music Action Coalition’s second annual Music in Action Awards gala with Rémy Martin in Los Angeles.

As he rejoins men’s grooming brand AXE for Fall/Winter 2022, Lil Baby has creatively documented various stages of his life where he felt empowered by being fresh, with a new anime video series. The short video series showcases animated scenarios of the rapper’s childhood – and present-day success – with his voiceover, and details his first association with the brand.

As a fan of Japanese animation, Lil Baby says: “I’ve always been a big fan of anime. So having AXE turn some of my intimate memories and thoughts into an animated mini-series is kind of surreal, and I hope fans enjoy it as much as I did.”

“Smelling fresh makes me feel fresh. When I feel fresh, I feel like my mind is more clear – I feel like I can focus on the task better,” he adds.

Lil Baby’s three anime shorts are titled “Cool Ocean,” “Phoenix” and “Apollo,” and are based on AXE’s three new scents available now on the brand’s website.

Elsewhere in music, Babyface Ray and Digga D teamed up on the new track “Goofies.”