HomeFashionLiverpool’s 2022/23 Away Jersey Is a Nod to the City’s ‘90s Dance...
FashionStyleUK 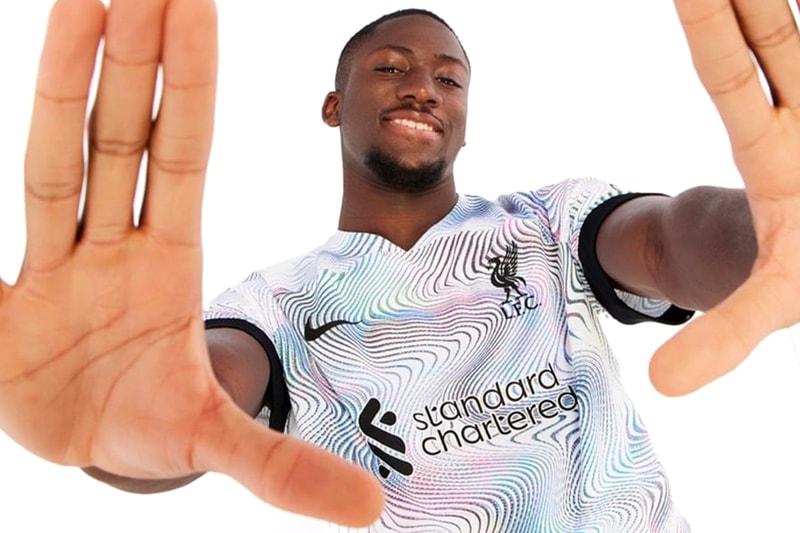 Nike has unveiled Liverpool F.C.'s new away jersey for the 2023/23 Premier League season.

The shirt was first debuted in Liverpool's pre-season friendly against Manchester United yesterday and fans saw the design that has been inspired by Liverpool's popular dance music scene throughout the '90s. The overall design of the jersey comes with a white base along with a distorted and psychedelic-looking graphic. Dashes of purple, green, and turquoise can be seen throughout the jersey along with black trims on the cuffs, sponsor, branding, and the club crest.

When reversing the jersey inside-out, Nike and Liverpool have paid homage to the children, women, and men who lost their lives during the Hillsborough disaster with a "97" emblem that has been surrounded by eternal flames. Traditionally, the number attached to the disaster has been 96, however, it has been changed to the number 97 in recognition of Andrew Stanley Devine who was recorded as the 97th person to lose their life in 1989.

Liverpool's new away replica and pitch jerseys have been made sustainably, crafted from 100% recycled polyester. This latest move towards a more environmentally-friendly football culture is part of Nike's "Move to Zero" initiative with football apparel being one of the leading lines of the movement.

You can have a closer look at the new Liverpool away jersey for the 2022/23 season above and you can also see the promotional video for the kit below. The shirt is also available now on the Liverpool F.C. webstore and the official Nike website.

In other news, Nike has revealed the 2022 MLB all-star game jerseys.