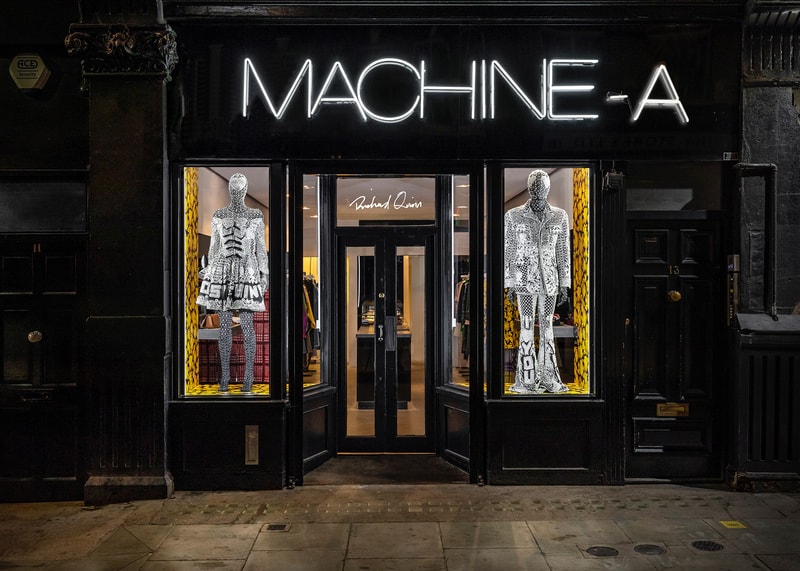 The new retail outpost is slated to open in mid-2022, alongside Belgian fashion label Raf Simons, which is also opening its first direct-to-consumer shop. The elaborate space occupies 245 square meters in the vibrant, up-and-coming city center of Jing’an District. Machine-A’s Shanghai interiors will differ from the London store, inaugurating the space as the first of its kind in the region. It will be an adaptable space to make installations and activations more seamless, but will still maintain the blending of men’s and women’s sections that the retailer is known for.

This expansion signifies an important moment for Machine-A, as the concept store has established a solid reputation in London as a one-stop destination for cutting-edge designers to showcase their work. Now, having a base in Shanghai allows for visibility to a different consumer base and community.

The Shanghai Machine-A location will be equipped with familiar brands, such as Rick Owens, Maison Margiela, Peter Do, and more — but there will also be an emphasis placed upon emerging talents, especially those hailing from China.

To celebrate the Shanghai store opening, Machine-A will also roll out a few exclusive collaborations, one of the first being a project with Raf Simons — a shop in shop designed by collaborator Glenn Sestig.

In case you missed it, CFDA announced a new partnership with Amazon Fashion ahead of the 2022 CFDA awards.