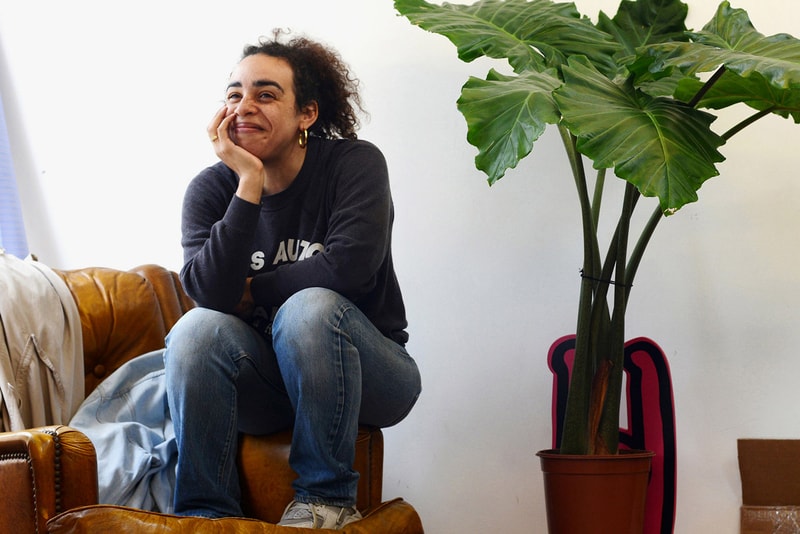 This week, the fashion world championed some of its top players. Martine Rose was named Pitti Uomo 103’s guest designer, and Rihanna unveiled the official cast for the Savage x Fenty, Vol. 4 show. Supreme and Dickies reunited for a collaboration, while Marni and No Vacancy Inn shared news of a forthcoming team-up. On the other hand, however, fashion was forced to hold a particularly controversial figure accountable. Once again, Ye's antics fueled more fire: adidas officially terminated its contract with the artist, and he lost his billionaire status, among many other vital partnerships and endorsements.

Below, Hypebeast has rounded up the top fashion stories of the week so you can stay up to date on trends in the industry. Martine Rose will be Pitti Uomo 103’s guest designer in Florence, Italy, this January, where she will unveil her Fall/Winter 2023 collection under her namesake label.

“At the first meeting with Martine for the special event in Florence, we ended up talking more about family, schools, daily shopping and cycles of life in popular neighborhoods than about fashion shows,” said Lapo Cianchi and Francesca Tacconi, Pitti Immagine’s special project heads, of the selection. “Yet it was evident how all this was closely related to her work, a cognitive and emotional baggage that mixes with great creative freedom with social and cultural thoughts and that is reflected in her collections, where even the most conflicting inspirations and inclinations come to a solution, at a temporary coexistence and each time to be rebuilt. In short, a sort of inverse canon, a very interesting work of and on fashion.”

Rose said, “I’m so honored to be showing as part of Pitti Uomo in January. Pitti were celebrating men’s design way ahead of the curve and many of the designers I respect have been a part of it. We are all so excited to come to Florence, a city I love, with our next collection!”

adidas Cut Ties With Ye and He Lost His Billionaire Status, Among Other Things After Ye stirred controversy during his Paris Fashion Week YZY Season 9 show with a “White Lives Matter” T-shirt and later with an antisemitic threat on Twitter, adidas officially terminated its partnership with the artist.

In a press statement, the brand shared: “adidas does not tolerate antisemitism and any other sort of hate speech. Ye’s recent comments and actions have been unacceptable, hateful and dangerous, and they violate the company’s values of diversity and inclusion, mutual respect and fairness.”

As a result of his disrespectful actions, additional business partners and industry leaders have severed their ties with Ye, including Balenciaga, Vogue and its Editor in Chief Anna Wintour, film company MRC, Chase Bank and others. Not only has Ye lost his endorsements from some of the fashion industry's largest entities, but he has also lost his status as a billionaire. After adidas dropped Ye, Forbes reported that his net worth decreased by an estimated $1.5 billion USD, bringing him to $400 million USD.

HYPEBEAST chronicled the full timeline of brands and corporations cutting their ties with Ye, here. And as for what's next at adidas, here's what HYPEBEAST forecasts. Rihanna on Tuesday shared the official teaser for Savage X Fenty Show Vol. 4, revealing the highly-anticipated cast of musicians, actors, models and dancers who will appear in the inclusive label’s latest collection. Supreme launched another collaboration with Dickies — this time, for Fall 2022. The collaboration centers largely on corduroy reinventions of the workwear imprint's signature silhouettes.

Among the range, there's a full Eisenhower Jacket set that pairs with matching Double Knee Work Pants, Bib Overalls and a 5-Panel Cap. The matching iterations, which don dual-logo embroidery, arrive in black, blue, brown and white. Elsewhere, the collection includes a Knit Sweater and Beanie in the aforementioned colorways, as well as a Thermal emblazoned with a monogram pattern.

The Supreme x Dickies Fall 2022 collaboration released via the streetwear imprint's website on October 27 in the United States. The collection will become available in Japan on October 29 at 11 a.m. JST. Gap Inc. and Harlem’s Fashion Row have returned for the second edition of their annual “Closing the Gap” initiative, awarding more than $500,000 USD to fashion programs at nine Historically Black Colleges and Universities (HBCUs). Situated inside the revered Yeon Building, which is rumored to have housed the first French consulate in San Francisco, the brand’s Bay Area outpost marks its latest collaboration with architect Flavio Albanese of ASA Studioalbanese, who spearheaded the store’s design. Across 1,250 square feet, the space champions the designer’s recognizable mid-century modern style with rows of fluorescent tube lighting, white Calcutta and Carrara marble floors and banker grey Bardiglio and Carrara marble walls.

The space is decorated with minimalist furniture from American and French designers alike. The imprint’s classic men’s and women’s ready-to-wear, tailoring and accessories take over two retail areas. Dressing rooms are situated just off the main floor, alongside distinct vignettes for Thom Browne eyewear and Vetyver fragrances.

Marni Announced a Collaboration With No Vacancy Inn Marni, under the creative jurisdiction of Francesco Risso, will unveil a new collaboration with Tremaine Emory, Ade Odunlami and Brock Korsan’s No Vacancy Inn in April of 2023.

The collection is set to include men's and women's ready-to-wear pieces, as well as footwear, accessories and lifestyle pieces. The two brands provided one glimpse at the collaboration, pictured above, which features a multi-toned silk top that resembles a cape and medium-blue denim with artful patchwork.

These types of partnerships are rooted in Marni's core philosophy, which prioritizes its brand expansion through hosting workshops and collaborations with adjacent creative entities. Not much else is known about its No Vacancy Inn team-up at this time, but stay tuned for more information. It's the most wonderful time of the year, according to Prada. The Italian fashion house debuted its Holiday 2022 campaign on Wednesday, starring actors Damson Idris and Diana Silvers.

Shot by David Sims, the sartorial imagery champions the happiness that's rooted in tradition, referencing the blissful mystery of opening a black-and-white Prada box as core inspiration. The two actors enter the universe of Prada, draped in classy, all-black ensembles, accessorizing with leather goods and posing next to playful lifestyle designs like Prada-branded ping pong paddles.