HomeFashionNike and Inter Milan Pay Homage to the Club’s Italian History for...
FashionStyle 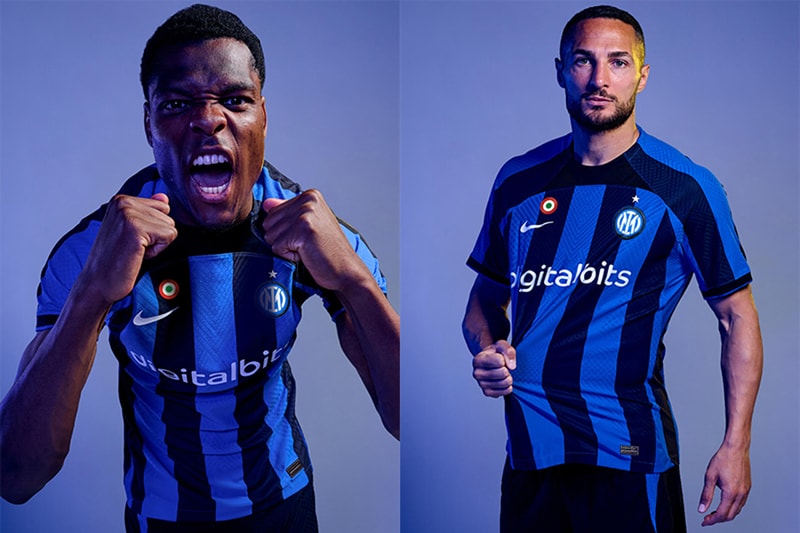 Following the release of Inter Milan F.C.'s second "Made In Milan" collection back in June, the Serie A giant is now going basics with the release of the new Nike home jersey for the 2022/23 season.

The new kit is being debuted today for Inter's first outing for the season against Lugano and it will see the introduction of Inter's new club sponsor Digitalbits. Looking further into the design of the new jersey, the creative inspiration of the shirt celebrates Inter's historical values by embracing tradition with the return of the classic vertical blue and black stripe design. Inspired by the design of past jerseys from the 1960s, the design has been used to enhance the close link between Inter and the city of Milan.

The vertical stripes can be seen throughout the body of the jersey as well as on the sleeves. A black curved stripe has also been introduced that runs from the top of the chest onto the front of the sleeves, staying in keeping with Nike's latest jersey template for the new campaign. Rounding off the design, an inscription that reads the word "Milan" can be spotted inside the black collar, while the classic Inter Milan badge is based on the right side of the chest with the customary star above it, paying homage to the 10 Serie A titles that the side has won throughout its history.

You can have a closer look at the new Inter Milan home kit for the 2022/23 Serie A season above and it is available now on the official Inter webstore.

In other news, Red Star F.C. has recruited a lack of guidance for its new '90s-inspired 2022/23 football kits.