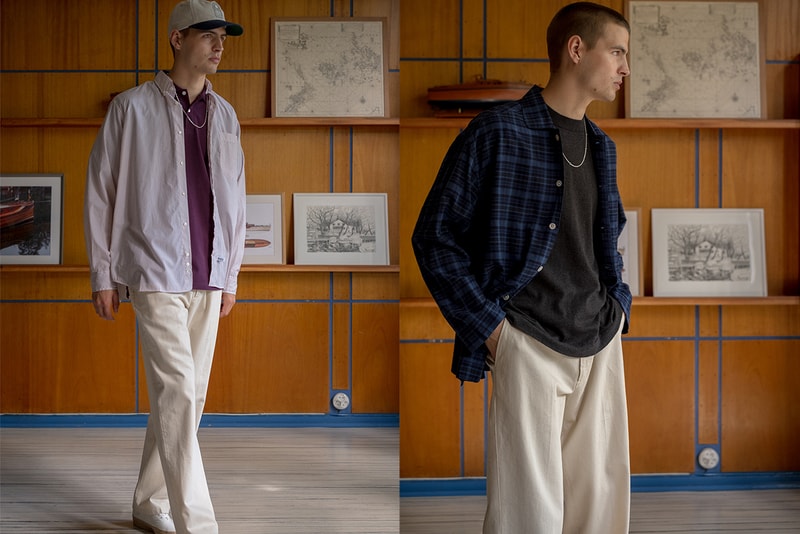 Stockholm-based Nitty Gritty has continued to expand its Nitty Gritty Worldwide line, continuing to take influence from life by the coast. Additionally, the latest capsule in the line sees Nitty Gritty collaborate with two artists for special-edition pieces.

Apparel in the new release includes a recycled jersey hoodie -- constructed from 14oz French terry -- as well as an Italian-made knitted cotton crew and a boxy fit polo shirt. Elsewhere, Nitty Gritty has crafted a 5 panel cap inspired by the Californian sun as it rises and sets above the Pacific.

The collaborative items in the collection include a wine tote designed alongside Mayumi Yamase, who has added a large original print, which is then finished with Nitty Gritty embroidery. The second collaboration sees Swedish jewelry designer Göran Kling join up, creating a sterling silver necklace finished with American Turquoise stones.

In other fashion news, Brain Dead recently launched a collaboration with Belle and Sebastian.