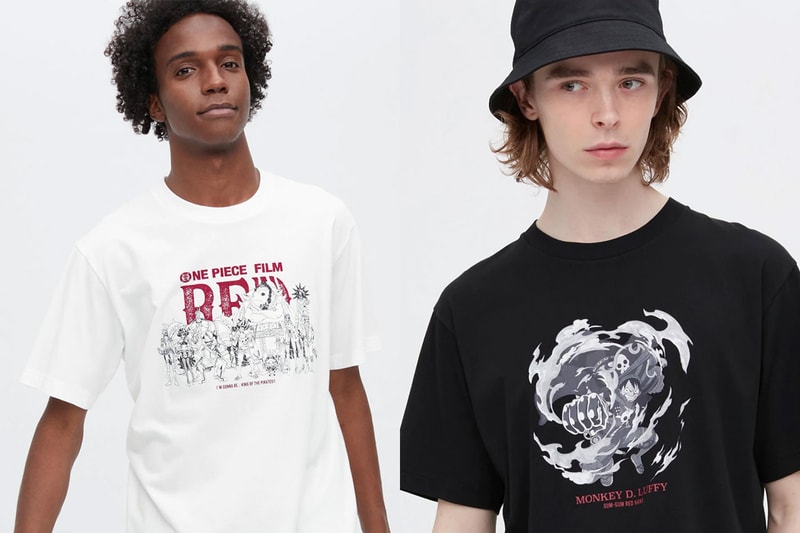 Following a collaboration with the breakout anime series SPY x FAMILY, UNIQLO UT now reveals a collection in honor of the upcoming One Piece Film RED movie — the One Piece franchise's 15th theatrical release. One Piece Film RED focuses on a new character Uta, the most beloved singer in the world who's also the daughter of legendary pirate Shanks. Fans of the show will be graced with rare scenes of the Red-Haired Pirates as well as covert assassination group CB9, the Five Elders, and more.

The four-piece collection begins with a graphic tee showcasing an action shot of the series' main protagonist Monkey D. Luffy and a wine-colored tee featuring outline illustrations and a name list of the notorious Red-Haired Pirates. A poster tee captures the iconic moment Shanks hands his straw hat to Luffy, and the final T-shirt design features a lineup of the main characters in the upcoming movie with the subtext "I'm gonna be...King of the Pirates!!"