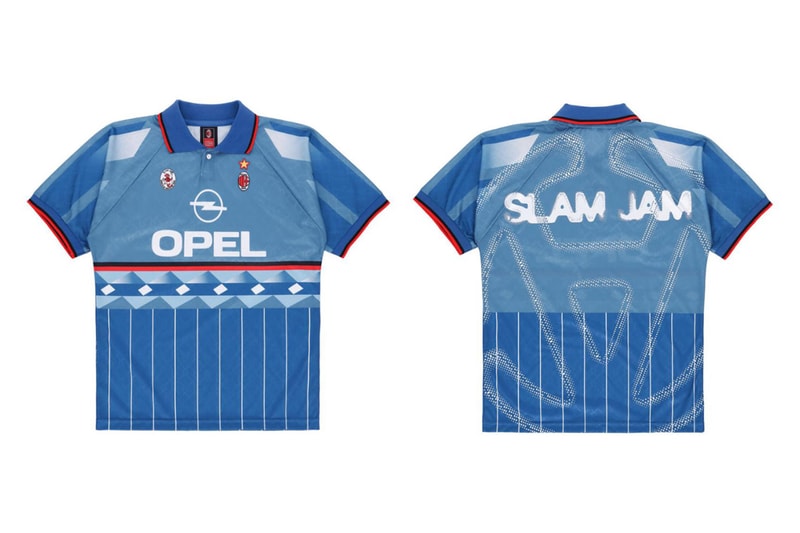 After dropping an XT-4 Strata collaboration with Salomon during its Paris Fashion week pop-up last week, cultural fashion platform Slam Jam has partnered with the AC Milan to create a limited-edition "Hidden Jersey."

The famous uniform was first worn in the summer of 1995, when Liberian striker George Weah and USA'94 World Cup finalist and midfielder Demetrio Albertini scored a pivotal goal against Standard Liège. The historical top, which has since been coined as the "Hidden Jersey," previously appeared in Slam Jam's Milanese team fourth kit almost two decades ago, and now, founder Luca Benini is revitalizing the piece as a longtime Rossoneri fan himself.

The jersey boasts an original Slam Jam all-over screenprint in white on its primarily blue-toned back. Meanwhile, the front of the design features a reimagined Rossoneri devil emblem, serving as a physical manifestation of the professional club's legacy in football, as well as an enlarged Opel sponsor logo in white.

Closing the team's latest season, the "Hidden Jersey" is now available in limited quantity on Slam Jam's website for $69 USD. Take a look at the heritage design above.