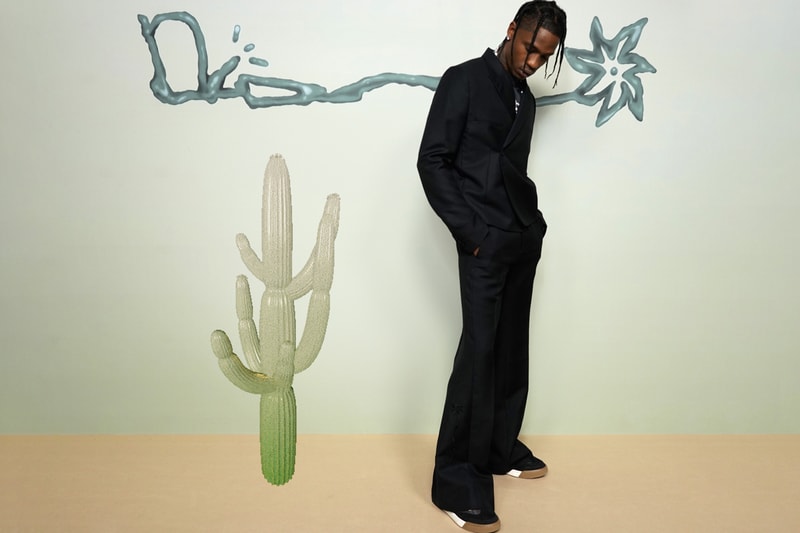 Not only did French fashion house Dior undertake an unprecedented step in collaborating with hip-hop superstar Travis Scott but it also faced an unprecedented situation. Beginning with paparazzi shots of the rapper wearing collaborative Dior pieces in June of 2021, an official announcement from Dior was quick to follow. Hitting the runway days later, Dior's Summer 2022 was appropriately titled "Cactus Jack Dior." However, after building much anticipation for a 2022 release, the tragedy that took place at Astroworld Festival derailed the project with it being delayed indefinitely. Now, after re-entering the public eye with Nike collaborations and planned festival appearances, Scott looks to finally be in position to launch "Cactus Jack Dior" very soon.

The collection mixes Dior elegance with a Cactus Jack touch. Between integrating the signature plant of Scott, the cactus, and a reworked Dior Oblique pattern that reads "Jack," there's thematic inclusions for everyone. One standout piece that had fans talking is the collaborative B713 silhouette that seemingly draws inspiration from the world of skate.

Now, after much curiosity from fans wondering when the collection would, if ever, see a release, a date has finally been set. The Travis Scott x Dior collection will debut July 13.

Elsewhere in fashion, check out our backstage look at Dior Spring/Summer 2023 with Kim Jones.