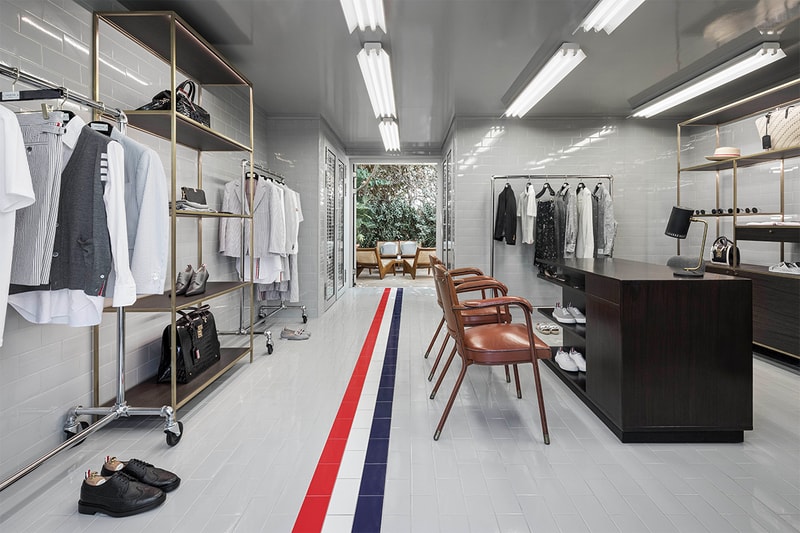 Thom Browne is officially bringing its first physical retail location to France. The brand has partnered with EPI, a private members club in Saint-Tropez for the opening of its first stand-alone store, an exclusive feat that cements the brand as one of the most highly-coveted in the world.

EPI first opened in 1959 and has been known to prioritize sports and wellness by giving its members exclusive experiences in the hills of Ramatuelle. Thom's vision is brought to life as he was invited by the founding member and tennis legend John McEnroe to realize his love for the sport of tennis through the creative direction of Thom Browne at its new physical home at EPI.

Tennis has often been a muse to Thom, as a long-time admirer and player of the game. Partnering with McEnroe continues to amplify Thom's ability to achieve the highest level in his craft. By celebrating both the sport he loves and his design house, the first physical retail store will be a shared vision between Thom, McEnroe and EPI. The first permanent location in France is a continued step for the Thom Brown brand to expand across Europe. By the end of 2023, the fashion house hoeps to have 100 retail locations globally. This particular location in Saint-Tropez will be known as the Thom Browne Tennis Pro Shop, highlighting the tennis theme surrounding EPI.

Brand motifs including the red, white and blue stripes will be seen tiled on the ground as a highlight amongst grey subway tiles. Similar to the Miami flagship, the store will feature lighter tones to complement the Saint-Tropez atmosphere. The store is set to feature ready-to-wear and accessories as well as exclusive and limited edition tennis-inspired collections featuring the EPI logo.