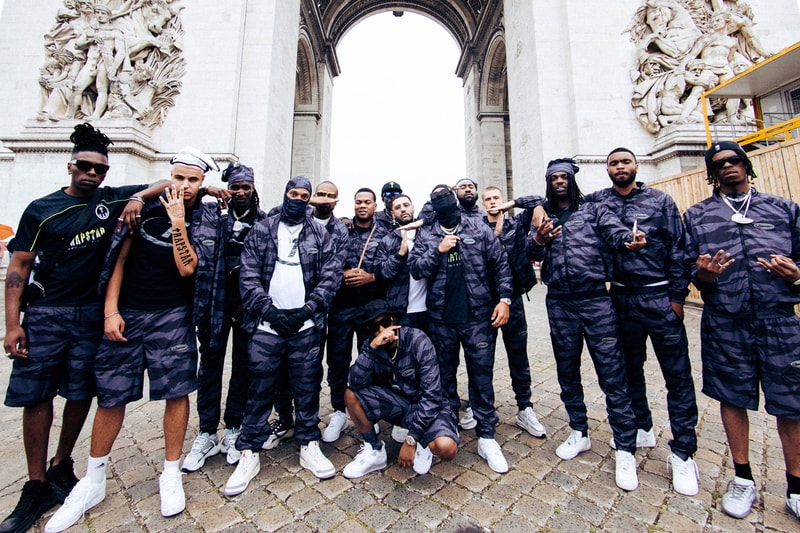 London-based streetwear label Trapstar is continuing its European "WE OUTSIDE" invasions. Following its recent Milan takeover, the Trapstar team has just touched down in Le Marais, Paris for its third instalment of cultural embarkments.

Taking to social media, the Trapstar team announced a communal link-up that caused a frenzy amongst fans and supporters in the city. Along with owners Lee, Mikey, and Will being in attendance, friends of the brand such as U.K. rap and drill stars M1llionz, Headie One, Russ Millions, and Manchester up-and-comer Nemzzz were all spotted on the French streets.

This latest stop-off in the "WE OUTSIDE" tour unveiled the newest grails of Trapstar's latest capsules alongside new limited edition items such as the a football jersey with a "Slime Green" accent across the chest, the "Trap" lightweight jackets and shorts and an exclusive "Paris" T-shirt paired with tracksuit sets that commemorate the pop-up.

Rounding off the community feel of the event, the British brand also decided to grant anyone spotted in full Trapstrar uniform pre-access to the pop-up, giving them a full 24-hour window to grab their most desired items and styles. Have a closer look at what went down at Trapstar's Paris invasion below.