A Pixel 7 Pro Was Remotely Bricked by Google, but Not Before Its Display, & Second-Generation Tensor Details Were Found 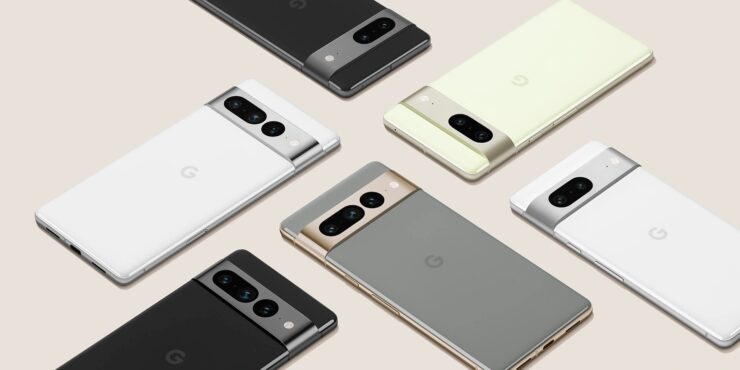 Apart from a preview at I/O 2022, Google did not reveal sufficient details about the Pixel 7 Pro or the second-generation Tensor that will be found underneath the hood. However, someone got their hands on the upcoming flagship, and before it was bricked, important details were unearthed.

Pixel 7 Pro Found to Be Using Updated Samsung Display, Different From the Panel Used on the Pixel 6 Pro, Along With Other Details

Google may have tried its best to prevent unnecessary details of the Pixel 7 Pro from reaching the public, but its efforts were in vain. Sure, the device was bricked remotely, but not before some eagle-eyed investigators went through the smartphone’s boot logs and stumbled upon some interesting tidbits. For starters, the Pixel 7 Pro will not be using the same display as the Pixel 6 Pro, as previously reported.

Instead, it will be using an updated panel with the model number S6E3HC4, while the Pixel 6 Pro shipped with a Samsung S6E3HC3. Just to be clear, there are minor differences between the two screens, and the Pixel 7 Pro will likely retain the exact 3120 x 1440 resolution and refresh rate as its predecessor. Moving on, the second-generation Tensor SoC, which will also fuel the less expensive Pixel 7, will retain a 2 + 2 + 4 CPU cluster, where the first two cores could belong to the Cortex-X2.

In addition, Google is not expected to switch to the improved low-power Cortex-A510 cores but will continue using Cortex-A55 ones. This information was found through a BL31 log that includes a workaround requiring the use of Cortex-A55 cores. In short, the second-generation Tensor might ship with the same attributes as its predecessor, and that, unfortunately, means being slower than the competition, though that is not a bad thing, as long as the overall experience of the smartphone’s software does not diminish.

Other information unearthed from those logs states that Google might have been testing its second-generation Tensor on a Pixel 6 Pro, codenaming the device as ‘Ravenclaw’ to mark the handset. Since not many differences exist between the Pixel 6 Pro and Pixel 7 Pro, it would make sense to test out a new SoC on an older smartphone.

Google may launch the Pixel 7 and Pixel 7 Pro in the fourth quarter of this year, so we will know the full extent of these hardware changes then, so stay tuned.

The post A Pixel 7 Pro Was Remotely Bricked by Google, but Not Before Its Display, & Second-Generation Tensor Details Were Found by Omar Sohail appeared first on Wccftech.