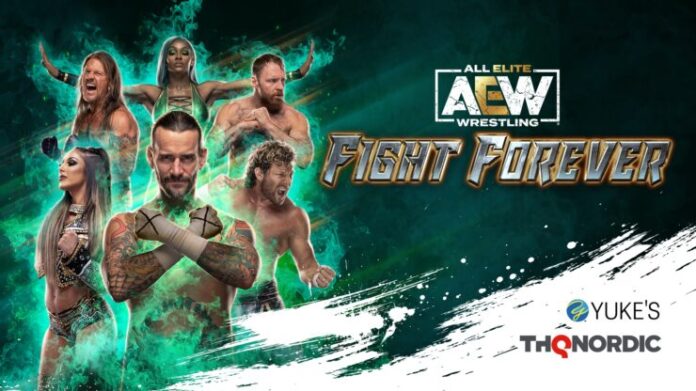 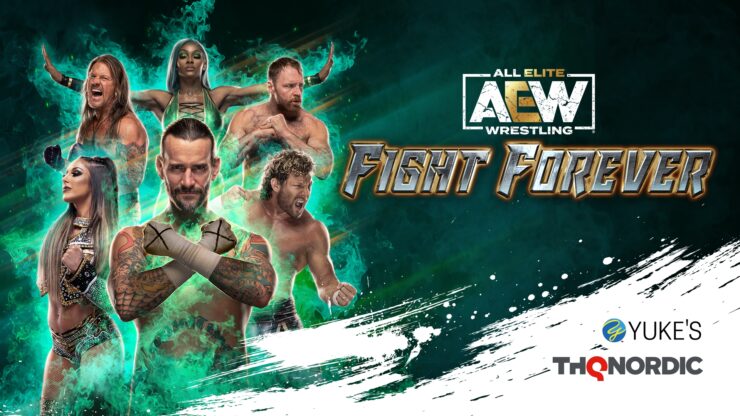 Nostalgia is a powerful tool, though that is far from a secret. We've seen the powers of nostalgia in the release of several remakes and remasters and the success of projects through Kickstarter, like Bloodstained, Mighty No 9, and Broken Age. In the wrestling business, AEW started to offer an alternative to WWE and banking on the nostalgic freedom professional wrestling used to offer. AEW: Fight Forever is also pushing towards the same two things, and I recently got hands-on with the wrestling side of things.

When I went into my meeting with the folks from THQ Nordic and AEW at Gamescom, I was asked if I'm a fan of wrestling itself and which are my favourite wrestling games. Understandable, it's useful for a game like this to gauge who is getting hands-on with your title. You want to know if it's their sort of game, especially their history with the type of game. My answer was that I am a lapsed fan, and my favourite games were the Smackdown vs Raw titles, specifically the ones where GM mode had hit the scene and seemed to be working well. I also mentioned earlier titles like WWF Attitude, my first wrestling game.

It seemed the correct answer for the THQ Nordic rep, who explained his and his family's history on the games I loved, even being involved in the creation of GM mode. They didn't miss my preference for the more simcade style of earlier titles either; a huge issue with modern wrestling games is just how stale and stodgy they can feel. The hope was that AEW: Fight Forever would help fill the gap that 2K had rapidly vacated. This buildup is simply because I only got hands-on with wrestling; everything else is a mystery. So, without further ado, let's talk wrasslin.

AEW: Fight Forever is most certainly a throwback. While playing, I had two matches. The first, I took on the role of Adam Cole "bay-bay" against Paul Wight. It's not entirely arcade, with Paul being able to demolish me due to his sheer size and weight. That and I'd forgotten how to play these sorts of wrestling games. I kept forgetting that Adam wasn't picking Paul up. Eventually, I wore myself out more than he did me. I lost the fight, but it got me started and ready for my second match.

Pick-up and play is the best way to describe the game. It's simple and straightforward; You've got a punch, kick and grapple button. You can also hold the button in to perform a stronger attack. For all three, you can also use the directional buttons to choose a different sort of attack. If you've played any of the earlier WWF/E titles, this will be like riding a bike. On the defensive, you've got a block button that can reverse a strike or grapple if timed correctly.

As you fight, you'll build momentum, pushing towards your signature move and finisher. Mixing up your attacks will help with this and being strong on the defensive. Though it appears you will also gain some momentum when you take damage, I can't say that for sure. I know that in my second match, CM Punk vs Kenny Omega, I felt a lot better and was already used to the gameplay. I could lift Kenny and slam him as required. I was chaining my moves and reversing his; I eventually got the win.

While I had a speed advantage on Paul Wight, there's a reason I couldn't use that to the best of my ability, something I also found in my second match. So, let me get my current issues out in the clear; AEW: Fight Forever doesn't have excellent hit detection. I would land a few hits, then find my follow-ups missing for no apparent reason. Suddenly, you're left wide open despite being on top. I also had a few other detection issues when climbing the turnbuckle and input issues when trying to get back into the ring.

Just a note before I wrap up. AEW: Fight Forever doesn't look bad. It's a specific design choice by Yukes, and I would argue it works well for the game type and how it will all play out. I like the ability to control the pyro and camera for the truncated intros before each match. You only get to see the central part of an intro. I imagine some people may not like this, but it's not the worst decision.

It's not perfect, but I must admit I like what I saw from AEW: Fight Forever. For better and for worse, this is undoubtedly a throwback to the older style of wrestling games. There needs to be a little more polish, which THQ Nordic likely knows is the case, with a release date still to be announced.