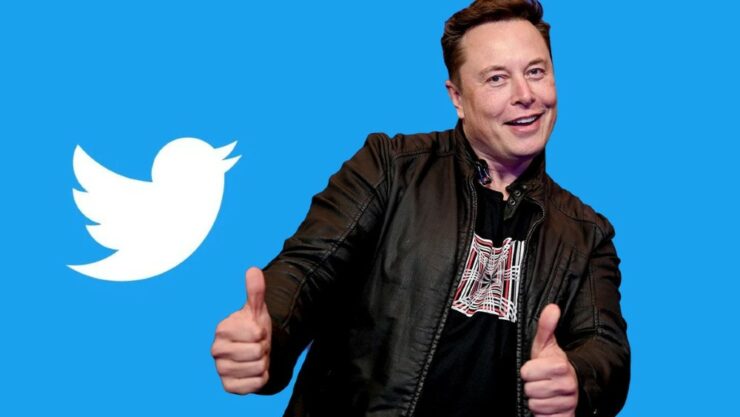 Elon Musk did not become the world’s richest person by playing into the hands of his opponents – a fact that many analysts appear to be ignoring in their newfound zeal to declare Twitter a no-brainer favored contender in the upcoming legal fight. Musk did not invest billions of dollars into Twitter only to abandon his social media-related ambitions at this juncture. In contrast to the word on the street, this appears to be a well-thought-out gambit to force a lower purchase price for the global town square.

As a refresher, Elon Musk officially walked away on Friday from the agreement to acquire Twitter, alleging that, in contravention to the purchase agreement, the social media platform failed to provide pertinent information “related to the consummation of the transaction.” Specifically, Musk has identified Twitter’s failure to satisfactorily prove the fidelity of its Monthly Active Users (MAUs) metric as a major stumbling block. Bear in mind that Twitter has consistently maintained that less than 5 percent of the active accounts on the platform could be defined as bots or fake accounts, a claim that has been declared dubious by Musk on several occasions.

In order to assuage Elon Musk’s concerns, Twitter did grant the CEO of Tesla access to its “firehose” – a massive stream of internal data that consists of over 500 million tweets that are posted each day. However, Musk alleged in his letter to Twitter’s board on Friday that the access was of limited value given that it came with strings attached:

Additionally, those APIs contained an artificial “cap” on the number of queries that Mr. Musk and his team can run regardless of the rate limit—an issue that initially prevented Mr. Musk and his advisors from completing an analysis of the data in any reasonable period of time. Mr. Musk raised this issue as soon as he became aware of it, in the first paragraph of the June 29 Letter: “We have just been informed by our data experts that Twitter has placed an artificial cap on the number of searches our experts can perform with this data, which is now preventing Mr. Musk and his team from doing their analysis.” That cap was not removed until July 6, after Mr. Musk demanded its removal for a second time.

The other major reason cited by Elon Musk to walk away from the deal centered on Twitter’s failure to “preserve substantially intact the material components of its current business organization.” Here, Musk has cited Twitter’s recent decision to fire two key executives as well as layoff a third of its talent acquisition team.

This brings us to the crux of the matter. Twitter has played right into the hands of Elon Musk by challenging his termination of the purchase agreement in a Delaware court.

Twitter had only two options in the face of Musk’s gambit: to agree to terminate the deal and claim a maximum of $1 billion in damages or sue for specific performance – that is, ask the courts to enforce the agreement.

Elon Musk’s detractors rightly claim that he had waived off due diligence during takeover negotiations, thereby severely damaging his legal standing at this stage. The quantum of bots on Twitter needs to be substantially higher than what the social media platform has continued to claim for the court to even consider setting aside the agreement. Nonetheless, Musk does have a considerably solid claim when it comes to Twitter’s recent layoff decisions.

However, all of these observations wrongly interpret Elon Musk’s hidden motive behind this move. The CEO of Tesla is not looking to walk away from the takeover agreement. Rather, he is looking to drastically reduce the platform’s purchase price. And here, Musk is on reasonably solid footing. As per an analysis by @SpecialSitsNews, “only 10% of litigated deals end up being done at original offer values.”

3/ Based on our analysis of deals since 2000, only 10% of litigated deals end up being done at original offer values, but ~40% tend to go through post-litigation at lower valuations. This stat is even higher for Delaware deals... Maybe this is Elon's goal all along for $TWTR?

Moreover, Delaware courts have usually enforced specific performance but at a lower valuation. For instance, LVMH was recently forced to acquire Tiffany & Co. under similar circumstances but at a lower price.

8/ Specific performance was a remedy in a more recent deal during Covid as well, when the French Retailer $LVMH threatened to walk away from a deal to purchase Tiffany & Co. Ultimately, LVMH agreed to lower the price by $425mn to $15.8bn. pic.twitter.com/rcdEpmwrUC

With Twitter refusing to renegotiate its purchase price and Elon Musk unwilling to pay such a hefty premium for an ailing company, litigation was the only feasible way forward for the CEO of Tesla to try to reduce the social media platform’s acquisition price.

Meanwhile, Elon Musk is doing what he usually does supremely well – troll the proverbial daylights out of his opponents.

Do you think Musk will succeed in his gambit to acquire Twitter at a lower price? Let us know your thoughts in the comments section below.