HomeAirPodAirPod That Was Mistaken for a Vitamin Gets Swallowed Accidentally
AirPodAirPodsFeaturedMobileNewsStickyTechnology

AirPod That Was Mistaken for a Vitamin Gets Swallowed Accidentally 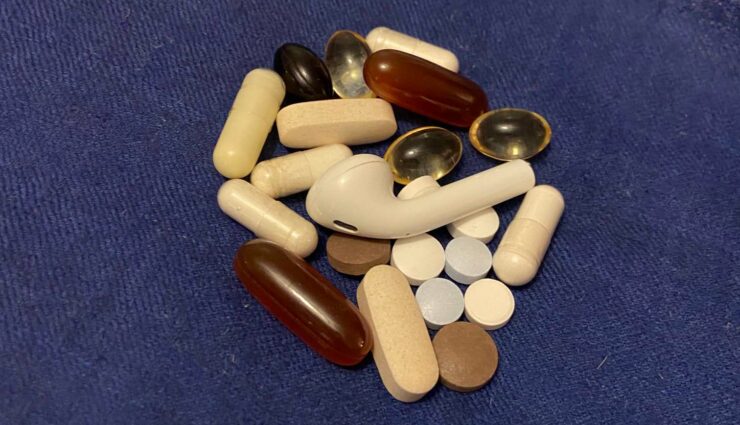 A U.K. resident named Kirstie Allsopp mistook one of her AirPods for a vitamin that she accidentally swallowed. She took to Twitter to explain the mishap, but this incident did not amuse her audience.

Thankfully, Allsopp Avoided a Trip to the Hospital and Explained How She Chucked an AirPod from Her Mouth

Kirstie Allsopp is regarded as an outspoken TV presenter and when she described what just happened on the micro-blogging website, it did not emanate a positive response from her audience. Several commenters on her tweet believe she was spewing lies, as they believed that it was humanly impossible to mistake an AirPod for a pill-shaped vitamin simply due to how different they look.

In other news I just swallowed an AirPod while downing my vitamins, I don’t recommend it. I’ve managed to chuck it back up without having to go to hospital, but my throat is really quite sore.

When Allsopp was asked how she managed to make this mistake, she explained it below.

“AirPods in pocket, put vitamins in pocket while getting glass of water, chucked vitamins into mouth, gulped water, go for second lot, see one AirPod in hand, check pocket, check handbag. Realise there’s only one place it could be.”

When taking out several vitamin variants from your pocket that includes a pair of AirPods, it can be challenging to ascertain the difference between multiple objects. Allsopp also took a picture of the vitamins she ingests on a daily with the AirPod mixed in the bunch, revealing that they are not as different as one would imagine. Thankfully, she mentioned that she avoided a trip to the hospital and chucked out the wireless earbud from her body. 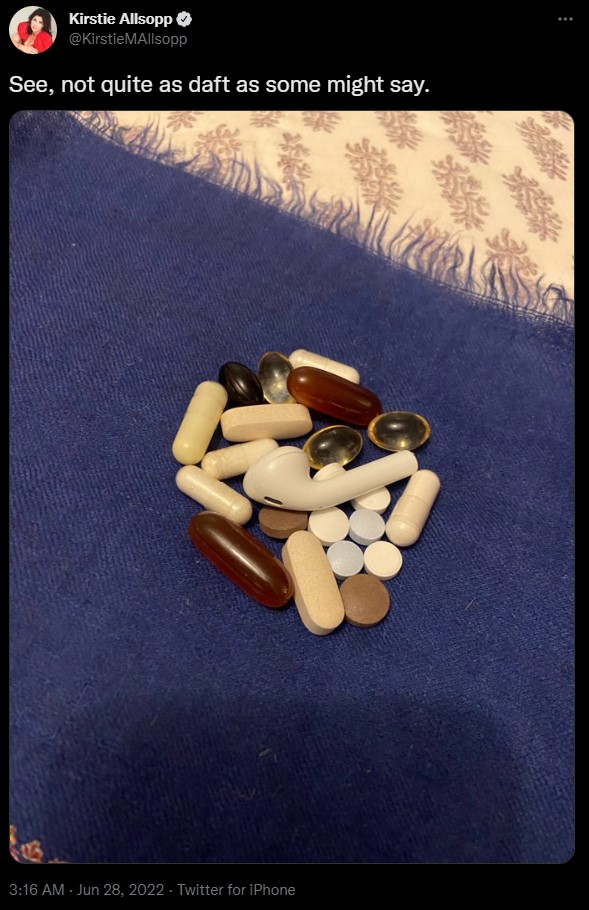 Looking at the image, the AirPod in question has a longer stem, so it likely belonged to the second-generation line, as the AirPods 3 have a shorter stem, resembling the AirPods Pro. Allsopp’s incident is not the only one where someone mistakenly swallowed an AirPod, as we reported earlier that a seven-year-old did the same thing, and had to be rushed to the emergency room.

The difference here is that Kirstie Allsopp is old enough to know the difference between an AirPod and a vitamin, but mistakes can still happen from time to time.

The post AirPod That Was Mistaken for a Vitamin Gets Swallowed Accidentally by Omar Sohail appeared first on Wccftech.