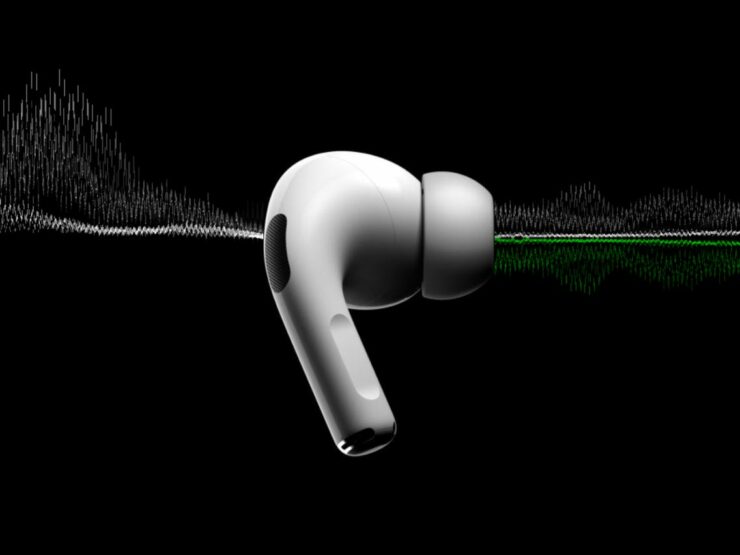 Apple is expected to launch its AirPods Pro 2 later this year, which is an opportune time, considering that the original AirPods Pro launched back in 2019. If you still own the pair you bought several years ago, their battery timing would have degraded severely, meaning customers would have enough encouragement to pick up the latest iteration. Unfortunately, improved audio quality and possibly better runtime are likely the only upgrades coming to the upcoming high-end wireless earbuds.

Apple Has Previously Explored Health Features for Its Earbuds, but They Will Not Arrive for the AirPods Pro 2

In Mark Gurman’s Power On newsletter, the only health feature is expected to arrive to the Apple Watch Series 8, which is a body temperature sensor. The AirPods Pro 2 will not get the same treatment, according to the Bloomberg report, meaning they will not feature a heart rate or body temperature sensor. Gurman does imply below that customers will want to upgrade to the newest edition because the batteries on the first-generation AirPods Pro would have been abysmal if they were purchased back a few years ago.

“This years’s AirPods Pro are unlikely to get heart-rate monitoring. As I’ve been reporting for a while now, Apple is gearing up to launch new AirPods Pro later this year. It’s about time: If you purchased the original AirPods Pro when they launched at the end of 2019, your batteries may be nearing end of life—or at least their reliability is slipping.

Over the past few months, there have been rumors about this year’s model gaining the ability to determine a wearer’s heart rate or body temperature. I’m told that neither feature is likely to arrive in the 2022 upgrade, though both enhancements have been explored inside the company and could arrive one day.”

The lack of health features on the upcoming AirPods Pro 2 does not mean Apple does not intend to bring them to market one day, as the technology giant has been exploring those additions, so that is a positive part of the news. Aside from that, the AirPods Pro 2 have previously been reported to ship with Lossless Audio and a charging case that can emit sound for tracking its location.

We should also expect the flagship wireless earbuds to arrive in multiple colors. However, do not expect a USB-C port on the charging case of the AirPods Pro 2 this year as Apple is still holding onto the Lightning port, at least for now. Overall, we believe that some iterative upgrades are on the cards, and for the majority of customers, that is more than sufficient to warrant an upgrade.