Alaloth: Champions of the Four Kingdoms Preview – Tradition and Innovation 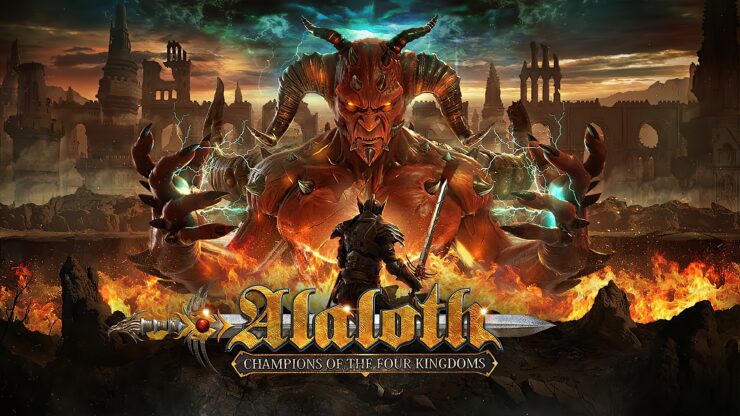 In recent times, computer role-playing games have seen some sort of resurgence, thanks to select titles like Pillars of Eternity, Divinity: Original Sin 2, Torment: Tides of Numenera, and Pathfinder: Wrath of the Righteous. And it seems like this resurgence is not going to stop anytime soon, with the release of Baldur's Gate 3 on the horizon, just to mention the most popular CRPG coming out in the near future.

While all these titles are solid in their own right, they do not feel particularly innovative, as they all come with the same features that have been central to the genre since its beginnings with some tweaks here and there. This isn't necessarily a problem, as CRPGs are more about worldbuilding, atmosphere, story, and actual role-playing, but one has to wonder if there wasn't a way to innovate the genre in some way without having to leave behind what makes a great CRPG so compelling.

This is likely what developer Gamera Interactive had in mind when they started working on Alaloth: Champions of the Four Kingdoms. At a glance, the game doesn't look much different from any of the games I have mentioned above, but looks can be quite deceiving, as it is actually a pretty innovative game that twists many classic features to present an experience that I feel will be quite memorable. 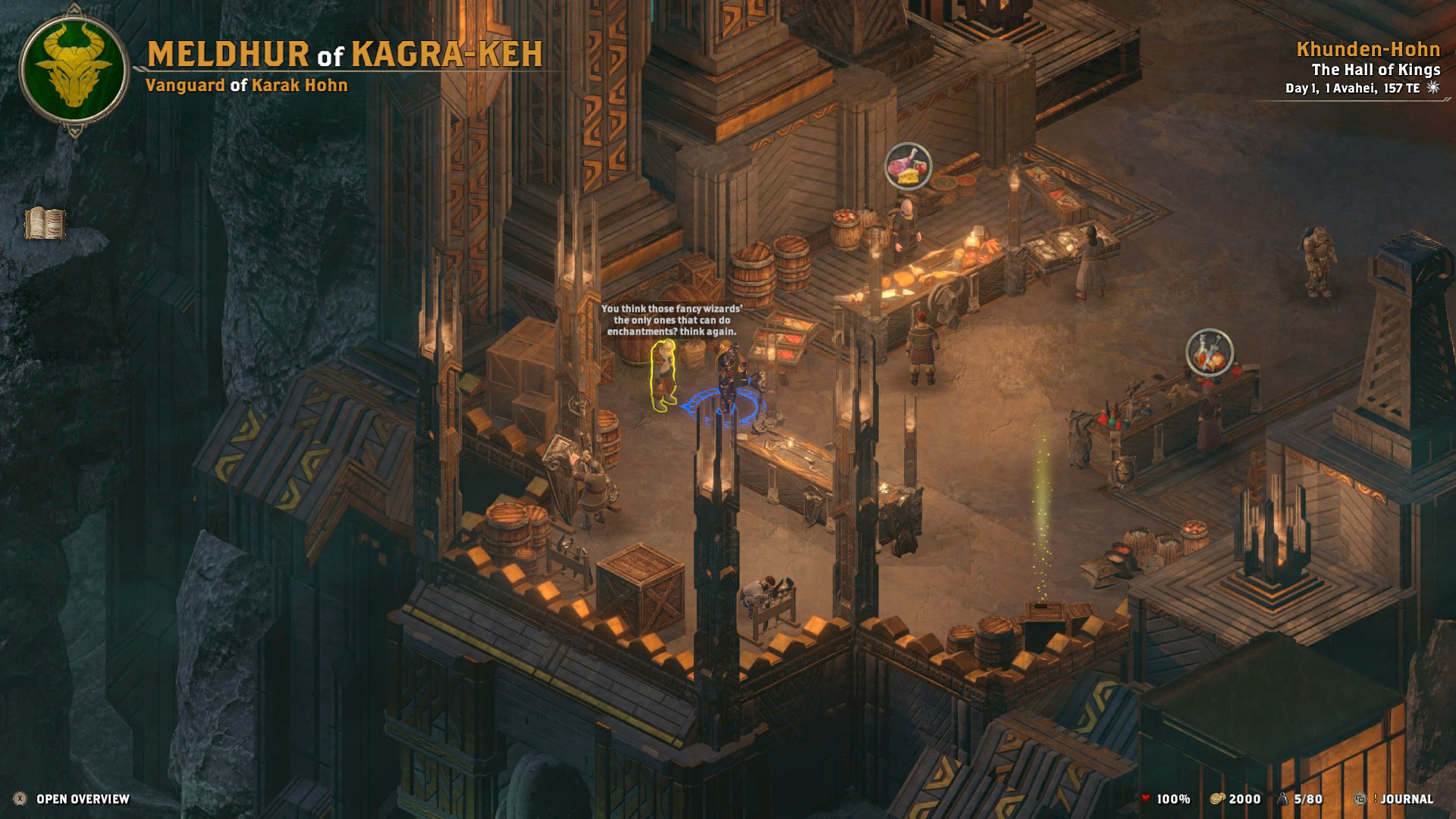 What will truly set Alaloth: Champions of the Four Kingdoms apart from many other similar games is its skill-based combat. The game's combat system is very reminiscent of that seen in From Software's Souls series, where players take on enemies in real-time while managing their stamina meter to perform a variety of combat maneuvers including attacking, blocking, and dodging. While the full complexity of the Souls series' combat couldn't be reproduced in a game with an isometric view, I have to say the developer has done an amazing job in translating most of its features, as the battles I have seen were all extremely intense, and could be approached differently depending on how the character is built and which companions were brought along.

If the Alaloth: Champions of the Four Kingdoms' combat system is the first feature that most players will find unique compared to other modern CRPGs, there are plenty of other mechanics that will set the game apart. The game's world, for example, is extremely big and filled with all sorts of locations to explore, ranging from your big cities to smaller villages, caverns, tombs, and the like, and all of them have a very distinct design that is coherent with the kingdom they are located in. The developer created the world's lore with great care, and nothing in the game will contradict it for the sake of streamlining things. To make an example, it will not be possible to purchase elven items by human merchants, except for a few occasions where people, and merchants, travel, such as a particular holiday. With the world being extremely reactive to the player, we should expect many of these smaller events to happen during a single playthrough. 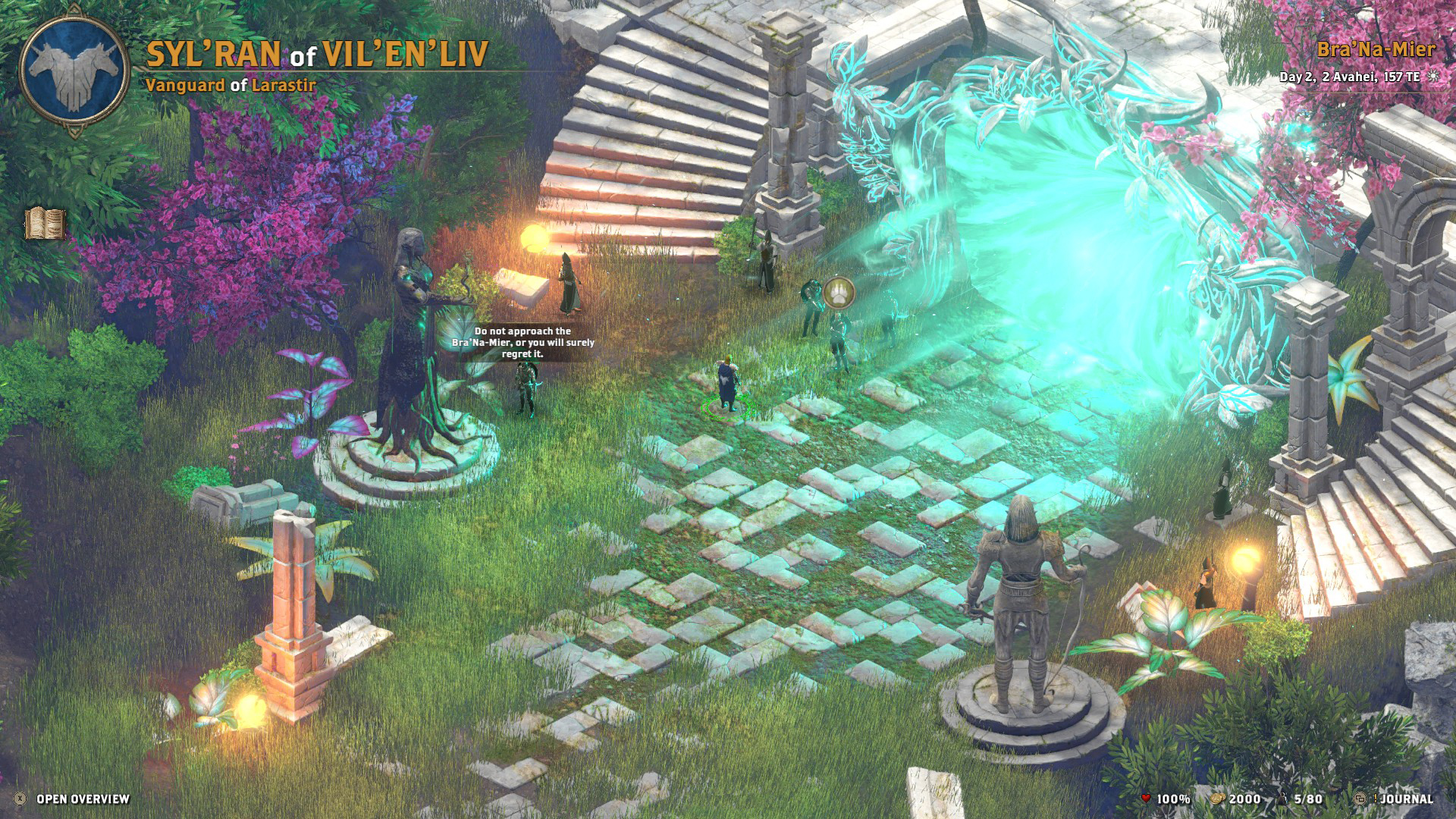 Playthroughs in Alaloth: Champions of the Four Kingdoms promise to be extremely varied as well, also thanks to the two play modes available in the game. The Main Quest mode is your regular single-player playthrough where the main goal will be to defeat Alaloth and save the four Kingdoms. In this mode, players can explore the massive world of the game freely with little to no limitation and at their own pace. The game's Competitive Mode, on the other hand, will pit four Champions one against the other in a race to acquire shards and be the one to get to Alaloth first. In both modes, the race and alignment of the Champion created or picked by the player will greatly influence the events that will be experienced, so multiple playthroughs will be needed to see everything the game has to offer.

With Soulslike action combat, deep role-playing mechanics, and a reactive world, Alaloth: Champions of The Four Kingdoms is not a simple homage to classic cRPGs, but a full-fledged modern game with an old-school flair. One that I cannot wait to play to finally see for myself what mysteries this beautiful world is hiding.

Alaloth: Champions of The Four Kingdoms launches sometime in 2022 on PC via Steam.

The post Alaloth: Champions of the Four Kingdoms Preview – Tradition and Innovation by Francesco De Meo appeared first on Wccftech.