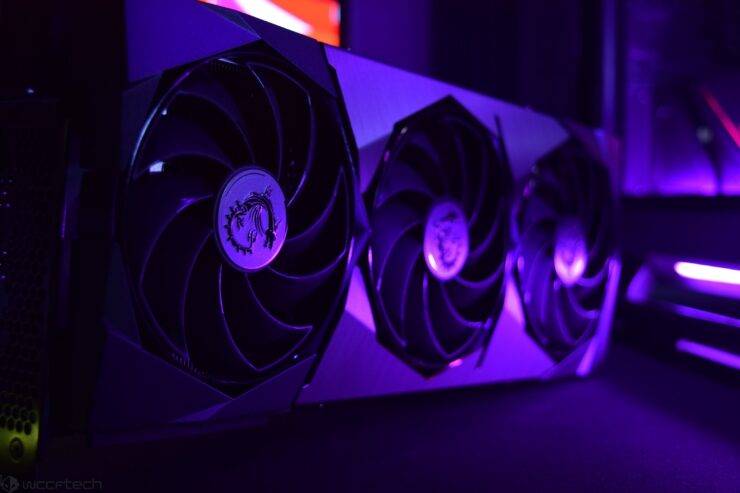 Amazon's Prime Day 2022 is here and it brings with it a handful of deals on various PC hardware components such as GPUs, CPUs, Ram, SSDs, etc. Today, we will be rounding up some great deals that we were able to find, helping you find the best hardware for your existing or upcoming build.

The past two years have been a chaotic mess filled with supply issues and highly inflated prices due to cryptocurrency and the pandemic. But things have normalized now and we are seeing hardware prices drop all around the world. This year's Amazon Prime Deals show that not only high-end but, mainstream & budget PC builders can also get their hands on the latest and greatest components without breaking their wallets.

Who doesn't loves a new GPU for their PC? I mean, most of us have been waiting for more than two years to get hands-on a new graphics card and with prices now falling below MSRP, it might be the perfect time to get a sparkling new AMD Radeon or NVIDIA GeForce graphics card for our PCs. The following deals are some of the best we can find on Amazon's Prime Day:

AMD and Intel CPUs are currently engaged in a heated battle in the mainstream segment with their latest Ryzen 5000 and 12th Gen Alder Lake CPUs. Both companies have been offering discounts via retailers and Prime Day 2022 means that users will be able to get even more impressive deals. For the AMD camp, we have the following deals:

The DDR5 memory is going to be the main component of the next-generation platforms from Intel and AMD. You can find up to 32 GB memory kits for under $150 US and Overclockable 32 GB kits for under $200 US. For those who want are looking for more capacities, a 64 GB kit can be bought for $333 US, that's a lot less than what you'd be paying for the same kits a few months ago with even a 16 GB kit roaming around the $350 US mark and 32 GB kits over $500 US.

Prime Day has got some stellar deals on SSDs which include both Gen 3 and Gen 4 devices. Surely users would want to get the fastest storage around in the form of NVMe Gen 4 but Gen 3 NVMe & SATA drives can also offer higher capacities in a far more valuable package and will be perfect for storing your data or games. Following are some of the deals we find great.

Motherboards are a vital component of your PC. A good motherboard means a stable operation for your CPU, VRMs that run cooler when overclocking, and a good set of I/O capabilities. Following are some decent deals on high-end and budget boards.

Newegg has also hosted its Fatastech deals which include various components at discounted prices. Following are some deals on various AMD and NVIDIA Graphics cards:

We will also be keeping to post updated with new deals once they come around so make sure to check this article again later!