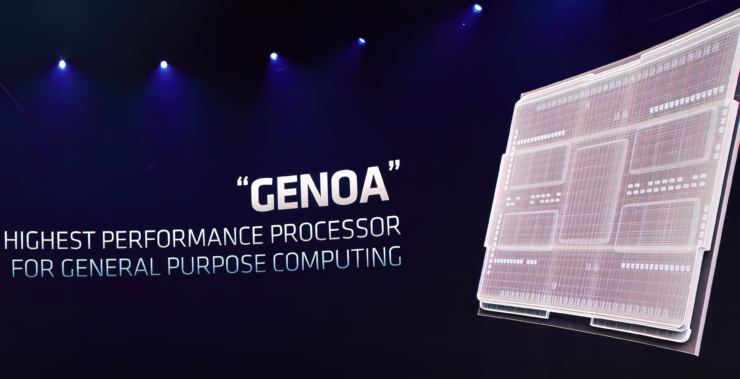 AMD's EPYC Genoa CPUs are going to offer some insane performance increase for the x86 server segment as we witnessed in the leaked benchmarks a few days ago and now, we get to see an even better performance teaser in the form of the cache and latency benchmarks for the top EPYC 9654 CPU which rocks up to 96 cores and completely shatters the AMD Milan-X CPUs with its huge inter-cache bandwidth figures.

The latest performance benchmarks are once again leaked by Yuuki_AnS who has shared the cache and latency figures for both, the AMD EPYC 9654 'Genoa' and Intel Xeon Platinum 8480+ 'Sapphire Rapids-SP' chip. You might remember that the same leaker also posted the cache & latency figures for the AMD EPYC Milan-X and a very early Sapphire Rapids-SP CPU earlier this year. Since then, the red team has Milan-X shipping to its customers and is getting ready to launch Genoa CPUs but Intel has yet to launch its Sapphire Rapids-SP chips which are facing delay after delay.

The AMD EPYC Milan-X introduced a huge Last-Level-Cache on top of the Zen 3 core package or CCD. Featuring up to 64 MB of L3 cache per CCD, this boosted the Milan-X CPU's cache by 512 MB for a total of 768 MB when combined with the 32 MB of cache available per CCD. Not only is there more cache on Milan-X to play with compared to the standard Milan chips but it also runs really fast. We have seen some inter-CPU cache figures by Chips and Cheese who have done a fantastic job in deep-diving the V-Cache architecture for Milan-X CPUs here.

With that said, the CPU in question today is the AMD EPYC 9654 which is a Genoa SKU with 96 cores and 192 threads. This chip was tested in a dual-socket configuration, featuring a base clock of 2GHz and a boost clock that fluctuates between 2.15 to 3.7 GHz at a maximum TDP of 360W. This is just an engineering sample so bear in mind that the final performance could improve vastly. This chip isn't the flagship either as the leaker states that the EPYC 9664 exists too. We know that Genoa is going to max out at 96 cores in a total of 12 CCDs (each with 8 cores) so that could be a high-clock optimized chip with a higher TDP.

Benchmarks? Ah yes, the benchmarks, we are finally there. Don't get too shocked to see the results because the figures presented here and just monstrous for the AMD EPYC part. We also put in the old and new benchmarks that Yuuki_AnS shared a while back and well the results are as follows:

The AMD EPYC Genoa and Intel Sapphire Rapids-SP platforms are both tested with DDR5-4800 system memory. The EPYC 9654 Genoa CPU delivers the lowest latencies amongst all modern server chips only slightly losing out to its Milan-X brother but the margin is so close that it will definitely end up faster with the final retail release. The CPU just eats the Sapphire Rapids-SP processor away in latency figures. 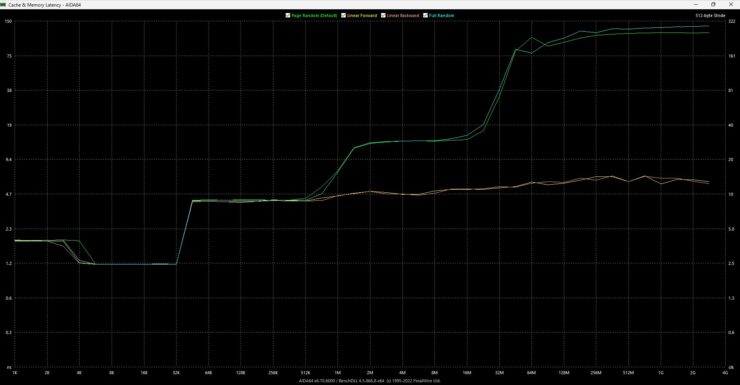 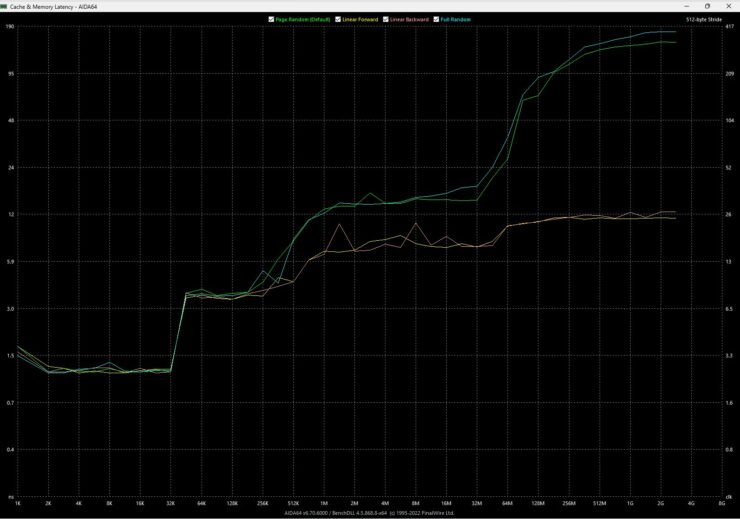 You can also see how the latency has improved dramatically for the Zen 4 server powerhouse versus its Milan-X predecessor in the comparative charts above. You can zoom in the picture by clicking it and remember that the lower the latency, the better!

In bandwidth, as I said above, the AMD EPYC 9654 Genoa CPU is an entirely different beast. You can see the memory bandwidth being the highest amongst all three modern processors and the inter-cache figures are insanity (I've lost count of how many times I've used this word but that is simply what Genoa is).

AMD's EPYC Genoa CPUs will feature 128 PCIe Gen 5.0 lanes, 160 for a 2P (dual-socket) configuration. The SP5 platform will also feature DDR5-5200 memory support which is some insane improvement over the existing DDR4-3200 MHz DIMMs. But that's not all, it will also support up to 12 DDR5 memory channels and 2 DIMMs per channel which will allow up to 3 TB of system memory using 128 GB modules. The AMD EPYC 9000 Genoa CPU lineup is expected to launch in the second half of this year. For the complete SKU details, you should check out our detailed post here.