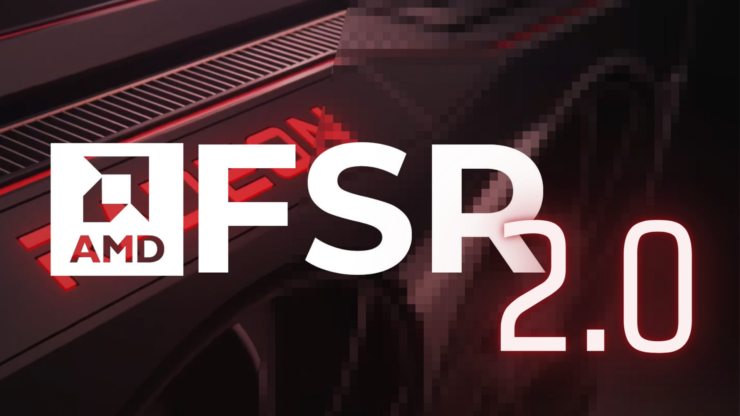 AMD FSR 2.0 has been added to the PC version of God of War with today's update v1.0.12, as revealed by developer Sony Santa Monica with a brief message.

Interestingly, God of War was not on the list of the upcoming AMD FSR 2.0 games, which includes the following titles:

This suggests that other developers could suddenly add support for AMD's new version of the upscaling technology to their games, delivering happy surprises to PC gamers. While God of War already supports NVIDIA DLSS, anyone with an AMD graphics card or with a non-RTX NVIDIA graphics card will now be able to enjoy the game at smooth frame rates with far better upscaling quality than they could with AMD FSR 1.0.

The first iteration used a spatial upscaling technique that inevitably came with image quality compromises, while AMD FSR 2.0 uses temporal upscaling without any machine learning algorithms (unlike NVIDIA's DLSS and Intel's XeSS). The result is frankly impressive and quite comparable to NVIDIA DLSS, at least in Deathloop.

AMD FSR 2.0 temporal upscaling uses frame color, depth, and motion vectors in the rendering pipeline and leverages information from past frames to create very high-quality upscaled output and it also includes optimized high-quality anti-aliasing. Spatial upscaling solutions like FSR 1.0 use data from the current frame to create the upscaled output and rely on the separate anti-aliasing incorporated into a game’s rendering pipeline. Because of these differences, FidelityFX Super Resolution 2.0 delivers significantly higher image quality than FSR 1.0 at all quality mode presets and screen resolutions.

While the introduction of AMD FSR 2.0 in the PC version of God of War might be taken as a hint that Santa Monica could use it in the upcoming God of War: Ragnarok, it's worth remembering that we don't have definitive confirmation that FidelityFX Super Resolution 2.0 is supported on PlayStation 5 (while it is already available to Xbox developers).

That said, considering Sony's growing support of the PC platform as well as the early success of the God of War PC port (it sold nearly a million copies in a couple of months), it is likely God of War: Ragnarok will eventually be released on PC with support for upscaling technologies like AMD FSR 2.0, NVIDIA DLSS, and possibly Intel XeSS as well.