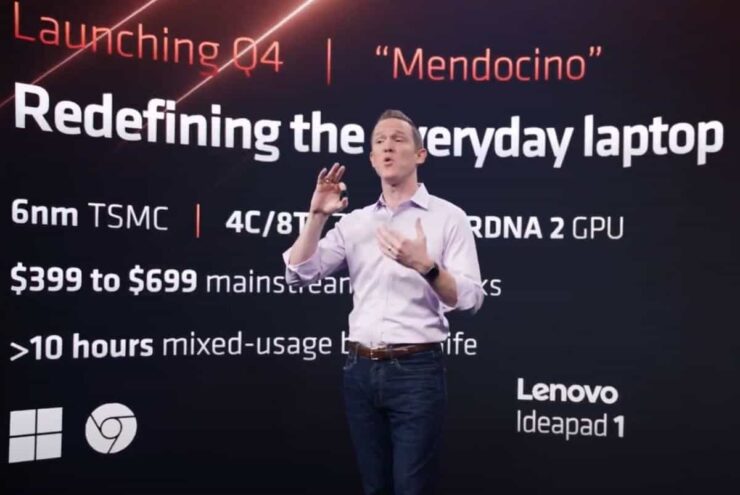 Well-known leaker KOMACHI_ENSAKA on Twitter unearthed information about the new AMD Mendocino APU only offering two RDNA 2 Compute Units. The original leak was posted by Weibo leaker Golden Pig Upgrade Pack and discovered by ITHome. This leak follows the announcement of the AYANEO Air Plus console that houses the new APU.

The company delivered the announcement of AMD Mendocino APUs during Computex 2022, held both digitally and in person. The new APU from AMD is a low-power chip based on the Zen 2 CPU core fashioned with RDNA 2 graphics. The similarity between the AYANEO Air Plus console and the Valve Steam Deck is almost indistinguishable because the former utilizes the same unique configuration.

With more information being posted daily, the architecture between the new quad-core Mendocino APU and Van Gogh series from the same company may use the same architecture and possibly more. Readers will note that AMD already confirms that Mendocino and Van Gough use two different silicon for each processor. However, AMD has yet to provide complete specifications of the Mendocino graphics subsystem based on the RDNA 2 architecture although they both do offer the same 4 core & 8 thread Zen 2 CPU configuration. 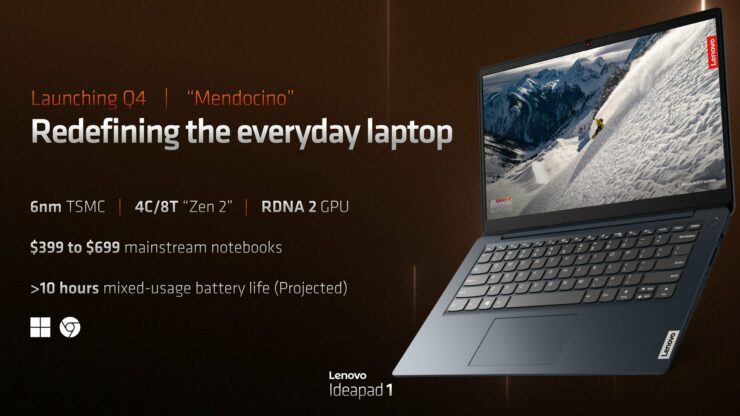 Golden Pig Upgrade Pack on Weibo, still one of the best user names in this writer's opinion, located information hinting that the Mendocino only has two Compute Units on the chip. For reference, Van Gogh offers as many RDNA 2 Compute Units as the rumored core count for Mendocino APUs.

AMD Raphael is expected to offer four RDNA 2 Compute Units, which would lead one to believe that the configuration on the Mendocino would not be gaming-ready. AMD has also declared this same conclusion. However, the AYANEO Air Plus will offer a 1080p resolution for the console's display, which is more acceptable for lower-level integrated graphics.

Neither AYANEO nor AMD have openly specified the Compute Unit configuration for the Mendocino APU, so a lot of what we are seeing is speculation. Golden Pig Upgrade Pack has provided inarguable information previously before the companies have offered full confirmation, so the speculation level is lower.

AMD Mendocino was announced for primary use in lightweight laptops, so the rumor of two Compute Units for the APU is not shocking.