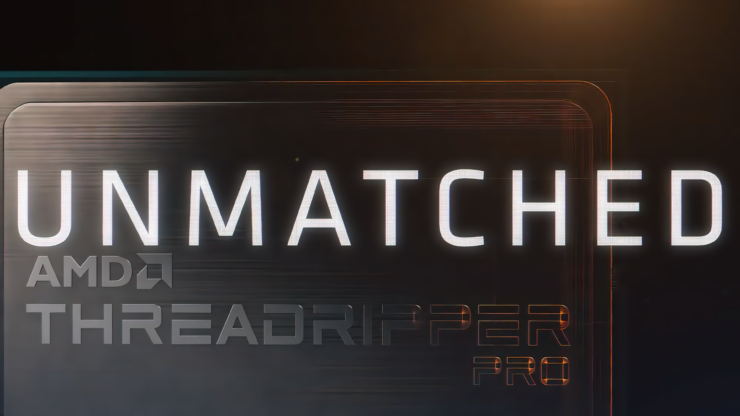 The confirmation came during interviews with Forbes & HotHardware where AMD's Director of Technical Marketing, Robert Hallock, confirmed that Threadripper isn't going anywhere and the HEDT CPUs will be back in action sooner or later. The way Robert simply said that 'More Coming' during the HotHardware interview makes it seem like the next HEDT lineup is right on the horizon but that remains to be seen since AMD only announced their Ryzen 7000 Desktop CPUs during the Computex 2022 keynote with no mention of Threadripper at all.

Antony: Finally, a question that’s dear to my heart and also plenty of my readers is Threadripper. With the inclusion of a high-end chipset in X670E with full PCIe 5 support and even more multi-threaded performance with the new 16-core Zen 4 part, presumably the Ryzen 9 7950X, It’s looking increasingly unlikely we’ll see successors to the Threadripper 3960X, 3970X and 3990X. Is a new high-end Desktop CPU in AMDs plans at all?

Robert: All I can say is Threadripper is not going anywhere.

Now as for what to expect from the upcoming AMD Threadripper HEDT CPUs, we will definitely get treated with the new Zen 4 cores, a new platform, and more I/O. But the question remains, will the next-generation Threadripper lineup be locked behind vendor exclusivity too or will AMD be taking a more DIY-friendly approach this time (which hasn't been the case in the last 2 generations of the Threadripper families). Well, time will tell but considering that Intel is prepping to make a big splash in the HEDT market later this fall with its Sapphire Rapids chips, AMD might also announce its HEDT solutions around late 2022 or early 2023.

Considering that AMD will be using Zen 4 and not Zen 4C to power its first SP5/SP6 server family that is codenamed Genoa, it makes sense that the same design is used for the next Threadripper lineup in the HEDT segment. This would technically allow up to the same 96 cores and 192 threads, marking a 50% increase in both cores and threads. The CPUs will offer some fantastic multi-threading CPU performance when coupled with the increased cores, clocks, & support for the latest DDR5 DRAM for system memory. Users can also hope for higher I/O & PCIe Gen 5.0 lanes, albeit at a higher TDP. Expect more information regarding the next-gen AMD Threadripper lineup in the coming months.