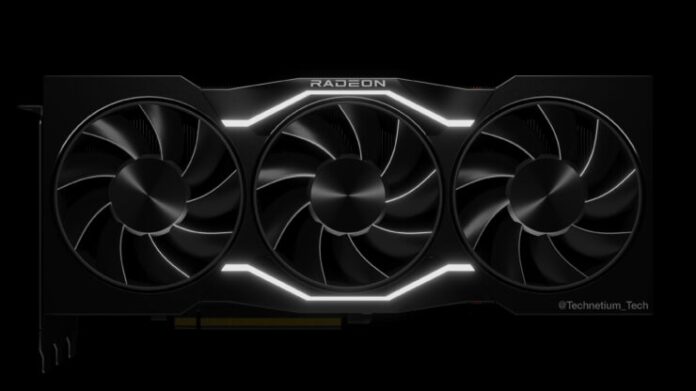 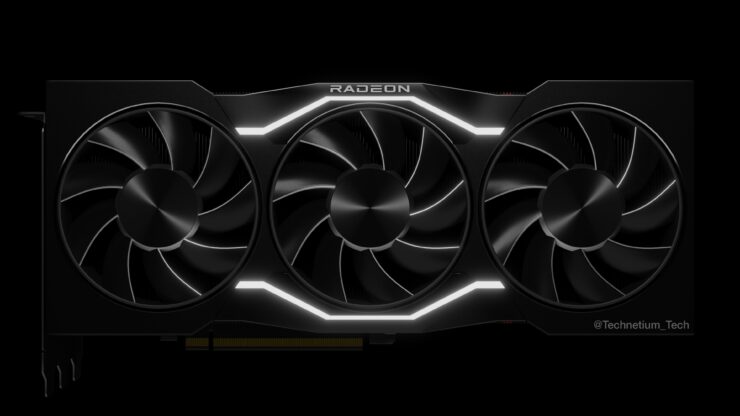 AMD might have only teased us their next-gen RDNA 3 Radeon RX 7000 graphics cards but renders made by Technetium show us what the final product might look like.

The latest renders were once again made by Technetium who also posted renders of the AMD Zen 4 "Ryzen 7000" CPUs last month. The new RDNA 3 "Radeon RX 7000" graphics cards renders look just as impressive and extra hard work has been put to make the card as believable as possible as the one that was teased by AMD back at their Ryzen 7000 unveil.

The teaser shown by AMD gives us a look at the graphics card which features the RDNA 3 GPU core that will power the Radeon RX 7000 series graphics cards. This could be one of the flagship designs of the lineup and it also seems to be slightly thicker than the current cards such as the RX 6950 XT.

The graphics card renders show that the RDNA 3 GPU-powered Radeon RX 7000 graphics cards will be up to three-slot big and feature lots of cooling fins. The cooler shroud looks very similar to the reference design used by current cards and we can also see a hint of RGB illumination on the front of the card. The heatsink also features a unique red trim on 3 of the heatsink fins next to the triple 8-pin connectors however dual 8-pin connectors have also been reported a while back by outlet, Angstornomics.

The shroud comes with a subtle hint of RGB that runs on the sides of the middle fan and it is simply a very stunning and beautiful render made by the user. In an earlier tweet, AMD said that "Bigger doesn't necessarily mean better" pointing out at the NVIDIA GeForce RTX 4090 which was unveiled a few days ago.

Note: Once again, this is just a fan-made render so the final design would look different but this is very close to what the final product might look like.

AMD confirmed that its RDNA 3 GPUs will be launching in November with a huge performance uplift. The company's Senior Vice President of Engineering, Radeon Technologies Group, David Wang, said that the next-gen GPUs for Radeon RX 7000 series will offer over 50% performance per watt uplift vs the existing RDNA 2 GPUs. Some of the key features of the RDNA 3 GPUs highlighted by AMD will include:

The AMD Radeon RX 7000 "RDNA 3" GPU lineup based on the Nav 3x GPUs is confirmed for launch on the 3rd of November and we will also be getting custom variants the same day.