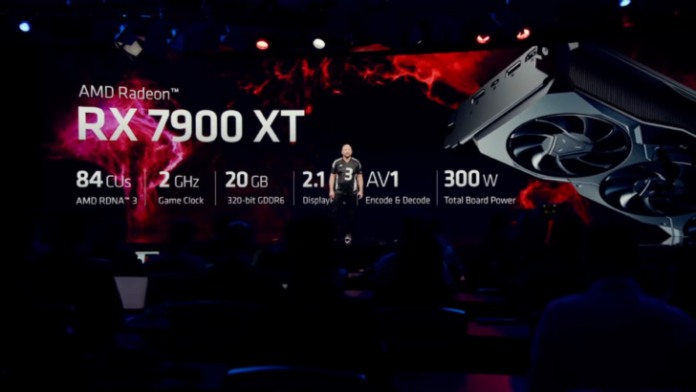 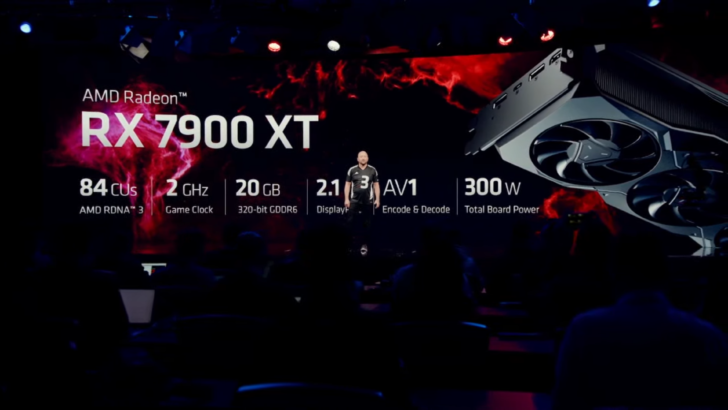 The AMD Radeon RX 7900 XT graphics card is amongst the two flagship products that will be fused with the Navi 31 "RDNA 3" graphics core. Both of these GPUs will have a range of technologies that will result in higher gaming performance in rasterization and ray tracing while also delivering better power efficiency versus the RDNA 2 "Navi 21" GPUs.

There will also be a cut-down variant that will feature the Navi 31 XT GPU core. This chip is going to pack 42 WGPs (84 Compute Units) or 10,752 cores. That's 12.5% fewer cores than the full-fat variant. The GPU will also run at slightly lower clock speeds with the game clock rated at just 2.0 GHz which is 300 MHz slower than the XTX variant.

The graphics card will also feature 20 GB of GDDR6 memory across a 320-bit wide bus interface. Since there are only 5 MCDs enabled, the card will end up with 80 MB of Infinity Cache which is 16MB lower than the top variant and a 16.6% decrease.

The graphics card will come with a gorgeous new reference cooler that comes with a 2.5-slot cooler which is slightly thicker and incorporates triple dual-axial fans, each with 9 fan blades. These fans push air towards a massive aluminum heatsink that is featured underneath the shroud and over the vital components such as the GPU, VRAM, and VRMs. The shroud extends just a tad bit beyond the PCB and should measure around 30cm since the 6950 XT reference model itself features 27cm.

The card also packs a really futuristic shroud design which looks absolutely great. There are two RGB accent bars on the front around the middle fan and two metallic frames in the center too. The "Radeon" logo can be seen on the side and once again, this should illuminate with RGB LEDs. The sides of the card show that the card is much longer than the previous RDNA 2 flagship. The Radeon RX 7000 series have more heatsink real estate and also has a distinct 3-red stripe design. There is also more room on the sides for the air to pass through.

The most interesting aspect of this AMD Radeon RX 7900 "RDNA 3" graphics card is that it comes with just two 8-pin connectors which is something that AMD itself confirmed a few days ago when Scott Herkelman stated that they won't be using the 16-Pin connector which is utilized by NVIDIA. The graphics card will feature a TBP of 355W which is an increase of 20W over the Radeon RX 6950 XT graphics card.

Share
Facebook
Twitter
Pinterest
WhatsApp
Previous articleAMD Radeon RX 7900 XTX 24 GB Unleashed: Flagship Navi 31 XTX “RDNA 3” Chiplet GPU, 70% Faster Than 6950 XT For $999 US
Next articleThe Difference Between Global and National Recessions (and What It Means for the US)