AMD Rumored To Launch Its Fastest RDNA 3 GPU With Dual Graphics Dies In 2023, Up To 16,384 Cores Expected

Recently, there have been rumors that AMD could offer an even more powerful variant of its RDNA 3 GPU for the Radeon RX 7000 series graphics cards in 2023.

The rumor comes from Greymon55 who first stated a few days ago that AMD was working on an RDNA 3 GPU with a total of 8 Shader Engines for a total of 16,384 stream processors. The leaker said that he wasn't sure if this RDNA 3 GPU was something that would eventually make its way to the market or not. But now, he has a follow-up post suggesting that the chip may actually end up launching in 2023.

2023
Specifications to be determined. https://t.co/lvt9SxBPLG

Note that it is not Navi31.

The new RDNA 3 GPU is said to be different than the rest of the 'Navi 3X' lineup. While the flagship Navi 31 GPU was previously mentioned to be an MCM design with dual graphics core dies or GCDs, the plans changed and the chip is now expected to feature a single GCD with multiple MCDs. But this might have opened up the room for an even higher-end chip in the Navi 3X family, one that may end up reutilizing the dual GCD design. This chip is said to be more powerful than the Navi 31 chip. 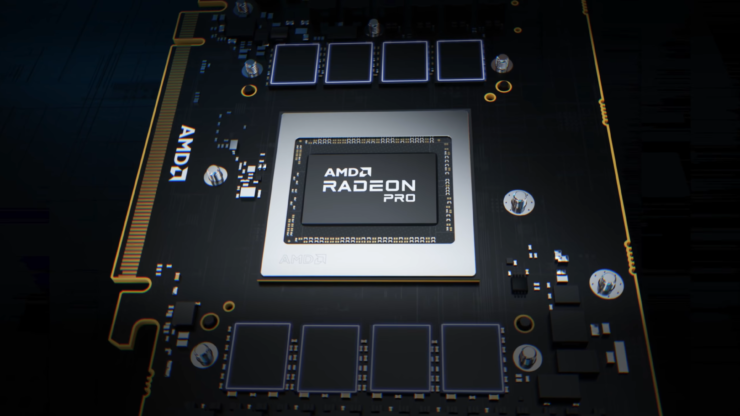 Based on the specifications, the GPU is expected to offer 16,384 cores however the leaker now says that the final specifications are 'To Be Determined'. Reaching 16,384 cores with dual 'cut-down' Navi 31 dies is not a big deal and even dual Navi 32 GCDs can achieve that. But just because they utilize the same Navi 32/31 GPUs doesn't mean that the chip will be an extension of the same SKUs. This will end up making a brand new chip which is probably why Greymon55 isn't simply calling it dual Navi 31 or Navi 32 otherwise we could have seen a possible Radeon Pro Duo with two individual GPUs instead of a single GPU with two GCDs.

The bigger question is, what will this new RDNA 3 GPU end up powering? At the moment, there's no clear answer but it is likely that such designs may be offered to the content creation segment under new Radeon Pro graphics cards. For gaming, it remains to be seen whether such a chip will end up being utilized for the Radeon RX 7000 series lineup. RedGamingTech also believes that the dual GCD RDNA 3 GPUs will end up in Pro cards rather than gaming cards. So far, we only know of four RDNA 3 SKUs that leaked within the LLVM project for Linux.

The post AMD Rumored To Launch Its Fastest RDNA 3 GPU With Dual Graphics Dies In 2023, Up To 16,384 Cores Expected by Hassan Mujtaba appeared first on Wccftech.