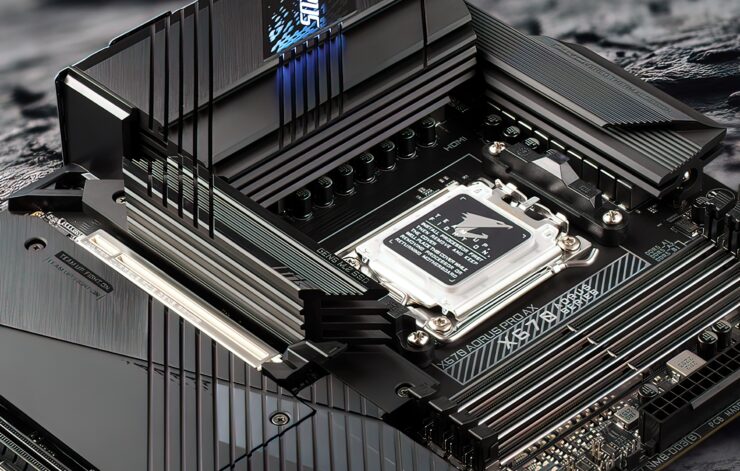 AMD's Ryzen 7000 AM5 motherboards were revealed at Computex 2022, featuring high-end X670E, X670 & the mainstream B650 chipsets. Now based on pricing reports, it looks like these boards will not cost that differently than the existing 500-series motherboard lineup which is good news for PC builders.

In a recent video published by Moore's Law is Dead, Tom talks about the pricing of motherboards based on the AM5 socket. We know that the 600-series motherboard lineup from AMD will include four different chipsets at launch with a fifth one expected to launch next year. These include the X670E, X670, B650E, B650, and finally, the A620. Now we have detailed the AM5 chipset specs and motherboards in more detail here and in the following links:

Gigabyte is the only manufacturer that has given us a hint at the pricing of their motherboards and they are mostly similar or slightly cheaper than the X570 offerings which means that all the added features won't be coming to you at a higher cost. That's crucial since the components that are used by the motherboard such as DDR5 memory and AMD Ryzen 7000 CPUs, will already be expensive compared to existing DDR4 and AMD Ryzen 5000 solutions. So coming to the prices, MLID claims: 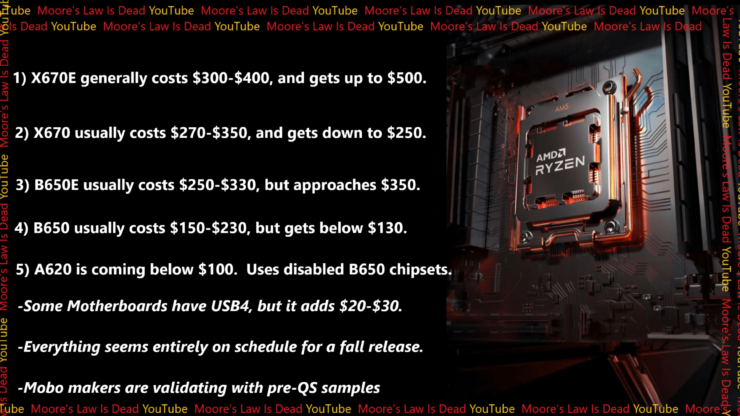 The X670E chipset will mostly be powering the higher-end and enthusiast motherboards but there will be certain variants that could cost well above the $1000 US limit such as 'Limited Edition' water-cooled variants like the Aqua OC which will come later. The X670 and B650E chipsets will be priced very similarly and the main reason is that B650E will be using more PCB layers to support the Gen 5 interface whereas, most X670 motherboards don't require that. The standard B650 motherboards are going to be similarly priced to the B550 motherboards but a little bit lower while the AMD A620 motherboards will mostly come under the $100 US price range with a few special variants costing $20-$30 more due to added USB4 support.

All AMD AM5 motherboards except the A620 support Ryzen 7000 Desktop CPU overclocking. The AM5 platform will be loaded with features and robust support for the latest Raphael Desktop CPU lineup which launches in fall 2022. Expect more information in the coming months.

Which motherboard are you looking forward to get for the AMD Ryzen 7000 Desktop CPUs?