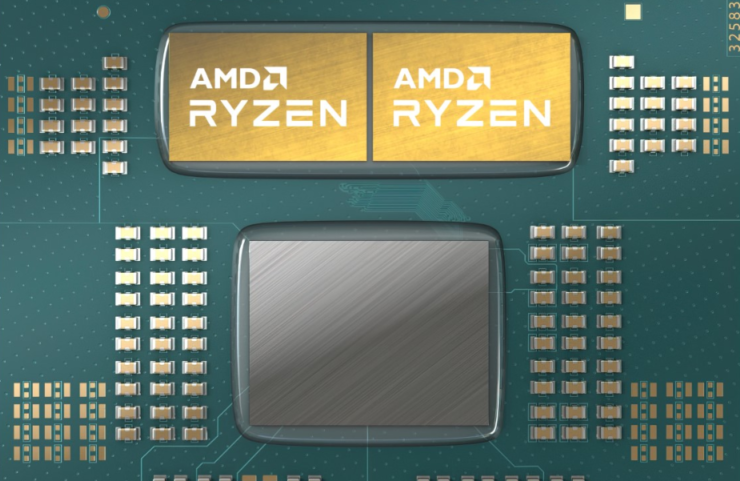 New reports regarding the thermal performance of AMD's Ryzen 7000 CPUs have been shared by Enthusiast Citizen over at Bilibili & it looks like the upcoming Zen 4 chips will require serious cooling hardware to keep them tame.

The leaker who has been very reliable with his past information and leaks has stated that AMD's Ryzen 7000 Desktop CPUs based on the Zen 4 core architecture will be some of the hottest chips produced to date. The leaker talks about two specific chips, an AMD Ryzen 9 7950X & the Ryzen 5 7600X. Do note that the information shared is based on ES/QS samples so final results may vary.

So coming to the meat of the details, it is reported that the AMD Ryzen 9 7950X will throttle below 5.0 GHz under intensive tasks as it comes with a 95C Thermal Threshold or TjMax and you'll need some beefy coolers to keep the chip running under that. At full load in stock configuration, the CPU is said to consume up to 230 Watts of power and operate at up to 95C. The Ryzen 5 7600X is also a similar scenario with the chip consuming up to 120W of power at full load and hitting temps of up to 90C.

I have to say that it is good to have money, and the wafers can be made casually. In terms of price, AMD may have no advantage this time. The first X670E is not cheap. DDR5 is still not as cheap as DDR4. Although AMD CPU may be cheaper, Intel will have cheaper B660 and DDR4 at this stage. R5 users are still honest. Just wait. All data are from ES/QS, accuracy is not guaranteed.

We have also heard reports from our sources stating that the AMD Ryzen 9 7000 series chips are running at 92-94C using a high-end 360mm AIO Liquid cooler in AIDA64. No overclock was applied and once again, this is the result from a stock QS chip. The leaker went on to compare the thermal density and performance of AMD's Ryzen 7000 CPUs with Intel's upcoming 13th Gen Raptor Lake CPUs.

He reports that despite consuming a much higher wattage of 270W, the Raptor Lake CPU can maintain much lower temperatures of 82C at full load using the same cooling equipment as Ryzen CPUs. He even goes on to show a 5.3 GHz all-core overclock result of the Intel Core i9-13900K that can sustain under 85C temps.

Considering that the Zen 4 chiplets are smaller than their predecessor but much denser, they will require a lot of cooling. It looks like that might be one reason why the chiplets are also gold-plated this time to effectively move as much heat away from them and to the IHS. While 170W is the peak TDP rating of the CPU, its PPT or maximum package power is rated at 230W and a 280W figure is used for OC. The figures also include the IO die which should be around 20-25W by itself. Following is a thermal density breakdown by Harukaze5719:

All of this means that users should definitely look forward to investing in some really high-end AIO coolers if they plan on building a new PC with AMD's Ryzen 7000 Desktop CPUs. Of course, this is just a rumor for now and we will wait for final tests and reviews to confirm the validity of this rumor but AMD has put in their best efforts to make sure that heat is dissipated off the CPUs by issuing a gold plating on both the IHS and the Zen 4 CCDs as detailed here. The AMD Ryzen 7000 CPUs launch alongside the AM5 platform on the 27th of September.

Which AMD Ryzen 7000 Desktop CPUs are you most interested in?