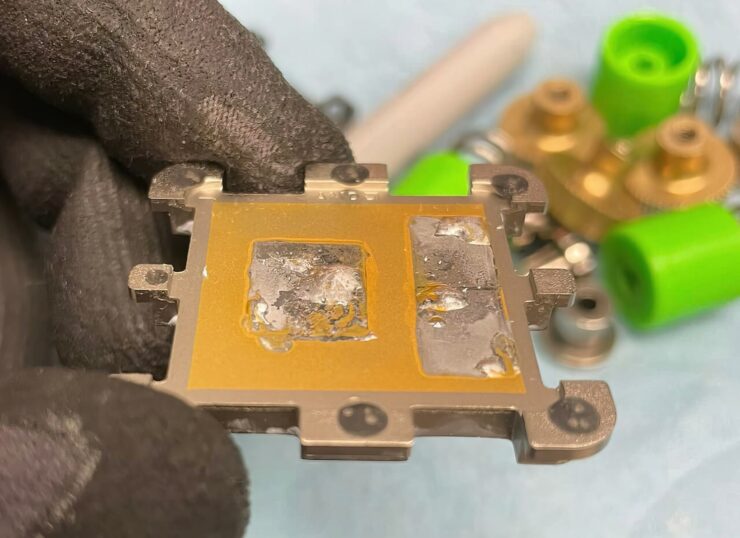 The first picture of a delidded AMD Ryzen 7000 Desktop CPU has been published by TechPowerUp & seems to originally come from an unknown overclocker who has kept his identity unknown due to NDA reasons.

So looking at the picture, we only get to see the IHS part of the delidded chip and not the package which houses the trio of chips and the capacitors. Well, to be honest, we have already seen that in official renders and we have been given a good idea of what the real thing is going to look like. Still, It would have been nice if we got to see those yummy 5nm Zen 4 chips. 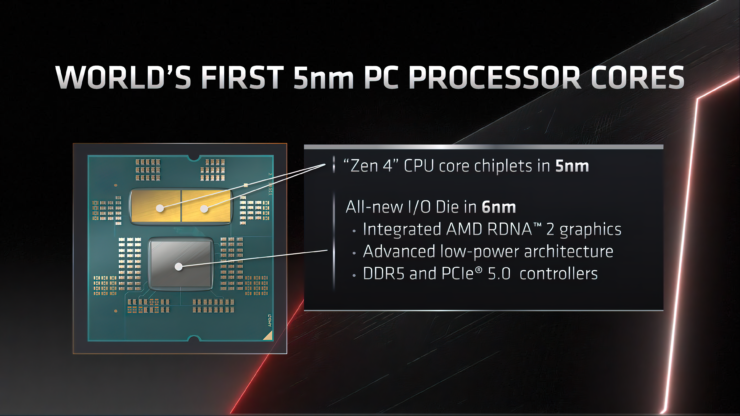 With that said, the IHS is an interesting component of the AMD Ryzen 7000 Desktop CPUs. The one picture shows the arrangement of the 8 arms which Robert Hallock 'Director of Technical Marketing at AMD' refers to as the 'Octopus'. Each arm has a small application of TIM beneath it which is used to solder the IHS to the interposer. Now delidding the chip is going to be really hard since each arm is right next to the massive array of capacitors but hopefully, some delidding kits will be available by the time these chips launch.

The most interesting area of the AMD Ryzen 7000 Desktop CPU IHS, besides the arms, is the gold plated IHS which is used to increase thermal dissipation off of the CPU/IO dies and directly to the IHS. The two 5nm Zen 4 CCD's and singular 6nm IO die have liquid-metal TIM or Thermal interface material for better heat conductivity and the aforementioned gold plating does help a lot with heat dissipation. What remains to be seen is whether the capacitors will feature silicone coating or not but from the previous package shot, it kind of looks like they do.

Another thing that needs to be pointed out is that each Zen 4 CCD is really close to the edge of the IHS which wasn't necessarily the case with previous Zen CPUs. So not only delidding will be highly difficult but the center is mostly the IO die which means that cooling equipment needs to be ready for such chips. The AMD Ryzen 7000 Desktop CPUs launch in Fall 2022 on the AM5 platform. That's a chip that can reach over 5.5 GHz with up to 230W package power so every little amount of cooling will be a must for overclockers and enthusiasts.

Robert Hallock did state that the 'Gold' plating over the Zen 4 CCDs shown in the renders is just a visual marking and in reality, that won't be the case. So can we have an 'L' in the comments for no gold plated Zen 4 CCDs? :sadge