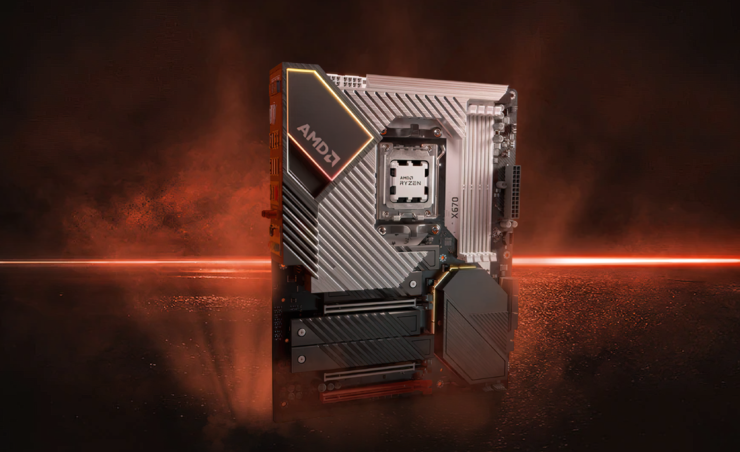 AMD confirmed that it will launch its Ryzen 7000 'Raphael-X' CPUs based on the Zen 4 architecture with 3D V-Cache, later this year.

The information seems to have been overlooked during AMD's Financial Analyst Day 2022. During AMD's Senior Vice President and General Manager for Client, Saeid Moshkelani's session, it's been confirmed that the red team will be bringing Ryzen 7000 Desktop CPUs with 3D V-Cache later this year in 2022.

Ryzen 7 5800X3D is the best gaming processor in the market bar none. We are proud of what V-Cache technology is doing for us and we are gonna feature this in Ryzen 7000 series later this year and in the future generation.

Now, this is definitely big news as most rumors had pointed to Zen 4 V-Cache release in 2023 but it looks like that's not the case as AMD themselves has confirmed Ryzen 7000 3D V-Cache chips for 2022. This means that AMD's Ryzen 7000 CPUs based on the Zen 4 core architecture will come in both standard and V-Cache offerings on the AM5 platform and that could be the secret weapon against Intel's Raptor Lake lineup. 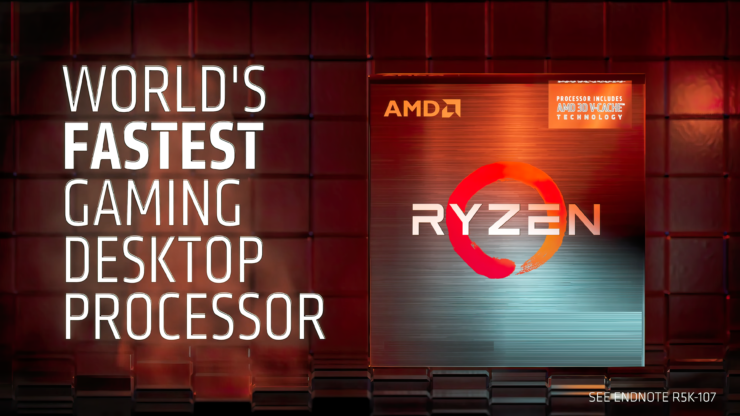 With the Ryzen 7 5800X3D, AMD proved that it can challenge Intel's latest and greatest CPUs aka Alder Lake by implementing 3D V-Cache technology. The CPU saw huge gains in gaming tests and proved a better value for gamers than Intel's flagship offerings. While AMD may not be giving a huge IPC uplift on Zen 4, the higher clocks and addition of V-Cache may once again put AMD in the upper echelon of gaming performance versus Intel's Raptor Lake lineup. Raptor Lake also features increased internal cache but it's not as huge as the 3D V-Cache technology deployed by AMD so it will be an interesting battle for sure in the consumer segment.

AMD also confirmed some key details for its Zen 4 CPUs which will power the Ryzen 7000 and Ryzen 7000 V-Cache CPUs at FAD 2022. We finally have an IPC figure for the Zen 4 core architecture based on the 5nm process node. AMD is targeting an 8-10 percent increase over Zen 3 CPUs while offering over 15% single-threaded performance gains. AMD's focus on memory bandwidth is also crucial which will see a 125% increase per core with next-generation DDR5 memory standards. 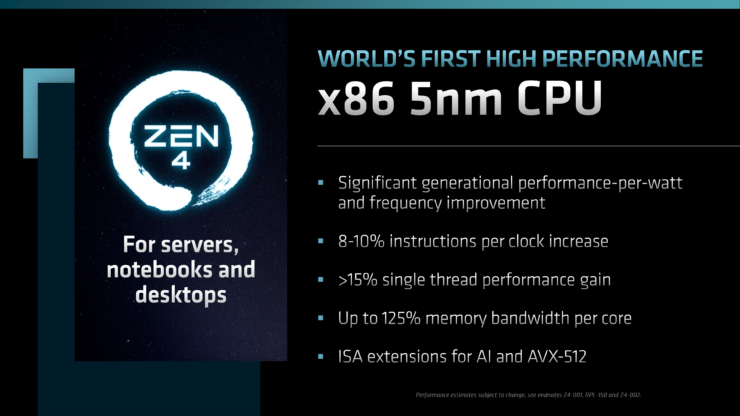 Some of the key features highlighted for Zen 4 CPUs include:

The AMD Ryzen 7000 CPUs were recently pointed out to launch on 15th September. It is possible that the 3D V-Cache chips will come later in November or December while Raptor Lake from Intel is expected around October 2022.