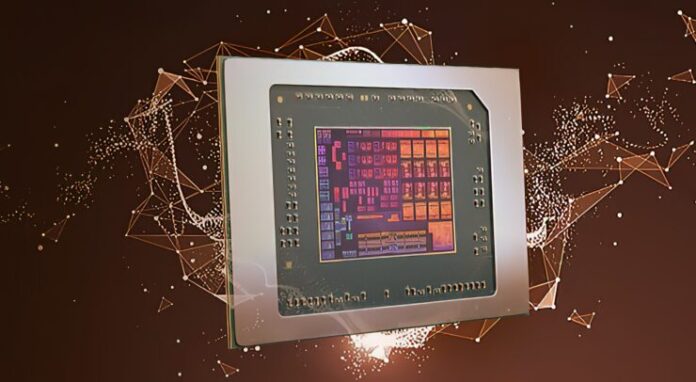 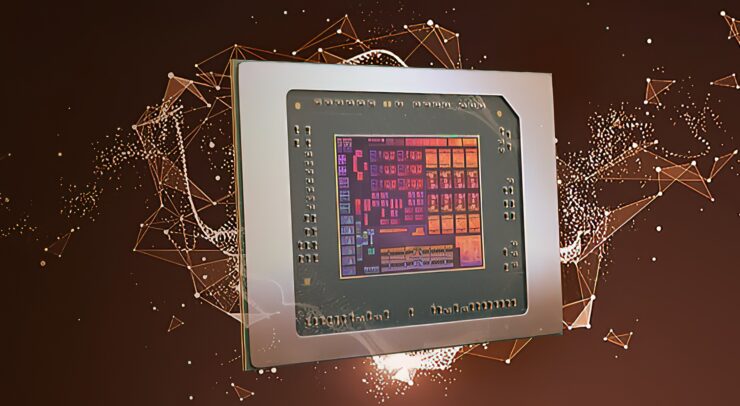 AMD's recently unveiled 5nm Zen 4 CPU core is going to fundamentally change the whole laptop segment when it makes its debut on the Dragon Range and Phoenix Point Mobility CPUs in early 2023.

One of the most interesting slides published yesterday by AMD was the generational performance and efficiency improvement between the 5nm Zen 4 and 7nm Zen 3 cores. AMD used the flagship Ryzen 9 7950X 16-core CPU and compared it against the last-gen flagship, the Ryzen 9 5950X 16-Core CPU. In the three results published by AMD, the Zen 4 chip delivered:

These are some respectable gains but the difference at 65W is the one we are going to talk about. We know that these figures were taken as a best-case scenario for the 5nm Zen 4 core but a +74% is monumental and this is where we have to bring mobile CPUs into the discussion. We know that AMD is working on two Mobility CPU lineups for 2023, one is called Dragon Range and the other is called Phoenix Point.

The AMD Dragon Range CPUs will be aimed at the high-performance segment with more cores, threads, &  cache than what AMD has offered us previously while Phoenix Point will be aimed at the thin and light laptop segment. The Dragon Range CPUs will have a TDP rating of around 55W+ while Phoenix Point will have TDPs around 35-45W. The 55W TDP is for the base configuration and we can expect the chip to be configurable up to 65W for laptop designs with high-end cooling and bigger form factors.

Considering that AMD's current laptop lineup peaks out at 8 cores and 16 threads, AMD will be targetting up to 16 cores and 32 threads with its Dragon Range family of Ryzen 7000 CPUs. The CPUs will also feature more cache of up to 80 MB versus just 20 MB featured on AMD's current fastest laptop chip, the Ryzen 9 6980HX. Considering up to a 74% improvement versus Zen 3 in multi-threaded applications at a 65W TDP threshold, we can see a huge gain in performance and that would also exceed Intel's existing Alder Lake-HX lineup which features up to 16 cores and 24 threads.

AMD has already stated that the 5nm Zen 4 core is around 47% more efficient than the Alder Lake P-Core (Golden Cove) and also offers an average of 49% more performance than Zen 3 at the same power and 62% lower power at the same performance. With 16 cores at hand and the power of Zen 4, AMD will be taking mobility performance to new heights.

We have already seen in Alder Lake-HX reviews that while the performance is definitely there, in some cases, there's a regression due to insufficient cooling & the fact that the chip is drawing anywhere from 70 to over 200 Watts of power as seen in PCWorld's review. AMD with its 5nm Zen 4 core may not only offer a performance advantage over Alder Lake-HX but also a power efficiency & CPU thermal advantage on laptops.

With that said, Zen 4 will also be adopted by Phoenix Point CPUs which come in a monolithic chip package. They will retain their 8 core, 16 thread and feature a small cache boost from 20 MB to 24 MB. These chips will be particularly interesting for the lower power segment as the same power efficiency advantage will scale down to them and we can also see a major 50% performance uplift versus the existing Zen 3 and Zen 3+ offerings. The main advantage that Phoenix Point will have is that the lineup utilizes a more optimized 4nm version of Zen 4 cores compared to the 5nm version used by Dragon Range, Raphael, and EPYC Genoa.

One major advantage of Phoenix Point's impressive efficiency will be in the gaming segment. We have recently seen a huge portfolio of gaming handhelds enter the market from various brands. AMD's Ryzen 5000 and Ryzen 6000 Mobility CPUs are the prime choices for those and Valve's own Steam Deck is utilizing AMD's Zen cores as a part of its custom Aerith SOC (Van Gogh APU). Valve recently talked about improvements to the Steam Deck design for future iterations & we can hope to see some Zen 4 action in a custom SOC going within the next-gen handheld.

Another key segment where Zen 4 can show its true power is the server platform with EPYC Genoa and Bergamo chips. Considering that server chips are always running in a TDP-constrained environment, the 5nm Zen 4 cores can be utilized to offer peak efficiency and blow away anything that Intel has to offer in the form of Xeon chips.

All of that said, we can't wait to see AMD's Dragon Range and Phoenix Point Mobility in action with the 5nm Zen 4 cores. We will also be covering a few undervolting performance numbers from Zen 4 CPUs close to launching. The AMD Dragon Range family will be competing against the Intel Raptor Lake-HX lineup which is expected to make its debut close to CES 2023.

Which next-gen AMD Notebook CPUs are you looking forward to the most?